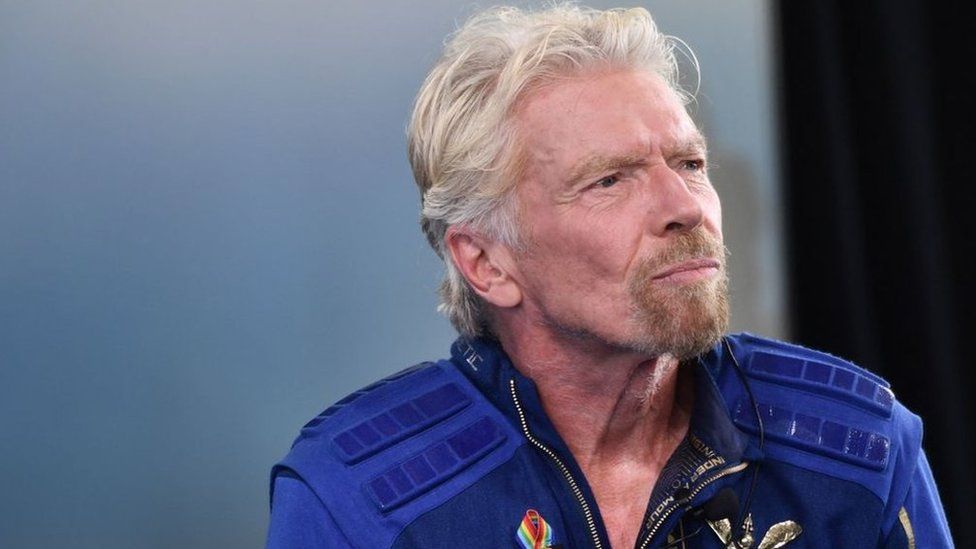 Virgin Galactic has said it may sell up to $500m of shares after completing a successful space trip on Sunday.

In a filing, the company says it plans to use cash raised to develop its spaceship fleet and infrastructure.

On Sunday, Sir Richard Branson, Virgin Galactic’s billionaire founder, reached the edge of space on one of the planes it has been developing for 17 years.

He called the trip the “experience of a lifetime” after returning to Earth just over an hour after leaving the ground.

The trip also made the entrepreneur the first of the new space tourism pioneers to try out their own shuttles, beating Amazon’s Jeff Bezos and SpaceX’s Elon Musk.

Shares in Virgin Galactic rose about 8% before markets opened in the US on Monday. But they had tumbled 17% by the end of the day, after its share sale was announced.

‘Experience it for yourself’

He billed the flight – on which he was accompanied by two pilots and three company employees – as a crucial test of the space tourism experience he expects to begin selling to customers from next year.

“I’ve had my notebook with me and I’ve written down 30 or 40 little things that will make the experience for the next person who goes to space with us that much better,” he said. “The only way sometimes you can find these little things is to get in a spaceship and go to space and experience it for yourself.”

Some 600 individuals have already paid deposits for tickets that will cost them up to $250,000 – including Space X and Tesla’s Elon Musk, according to reports in the Wall Street Journal.

Sir Richard first announced his intention to make a space plane in 2004, with the belief he could start a commercial service by 2007.

Despite technical difficulties and a fatal crash in 2014, the firm’s stock has nearly doubled this year as its commercial launch gets closer.

“We view Branson’s achievement as a massive marketing coup for Virgin Galactic that will be impossible for the public to ignore,” he said in a note.