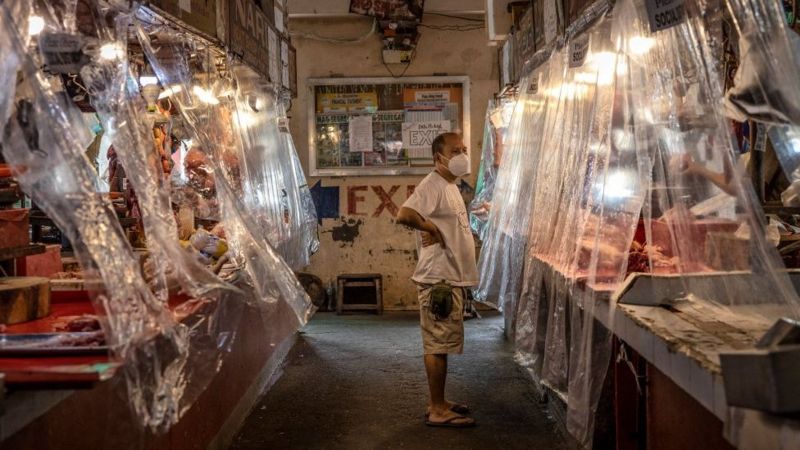 Asia Pacific is set to recover from its worst recession in living memory, the International Monetary Fund (IMF) says.

Growth forecasts for the region have been downgraded again, this time from -1.6% to -2.2% for this year.

However, the glimmer of hope is for a bounceback of almost 7% next year, according to the IMF.

China will play a big part in the region’s growth next year, with its latest data showing continued recovery from the downturn caused by the virus.

But there are still many black clouds on the horizon as countries, including India, the Philippines and Malaysia, continue to battle with Covid-19 infections.

“The scars will be deep,” said the IMF, pointing to lower investment which will have a knock-on effect by the middle of the decade.

Not only are economies in the region dealing with the fallout from the pandemic, but they are also affected by the US-China trade war, and the growing hostilities between the two economic superpowers.

Speaking to BBC’s Asia Business Report on Thursday, Jonathan Ostry, the IMF’s acting director for Asia and Pacific, said: “This is something, for a very export-orientated region, that is going to be a big risk going forward.

“We worry about decoupling of major technology hubs – not just in China and the US but more broadly, which would have the affect of diminishing hi-tech trade leading to inefficient production.”

Earlier this week, China released its data for the July to September quarter which showed economic growth of 4.9% compared to the same quarter last year.

China is seen as “a rare positive figure in a sea of negatives” by the IMF.

The good news is that the IMF expects the region to grow by 6.9% in 2021 but this relies on many factors, including the containment of the virus.

“With the right policies and international support when needed, Asia’s engines can work together again and power the region ahead,” Mr Ostry said.

One of the challenges will be diversifying Asia’s economies away from an over-reliance on exports, which the IMF calls “a work in progress”.