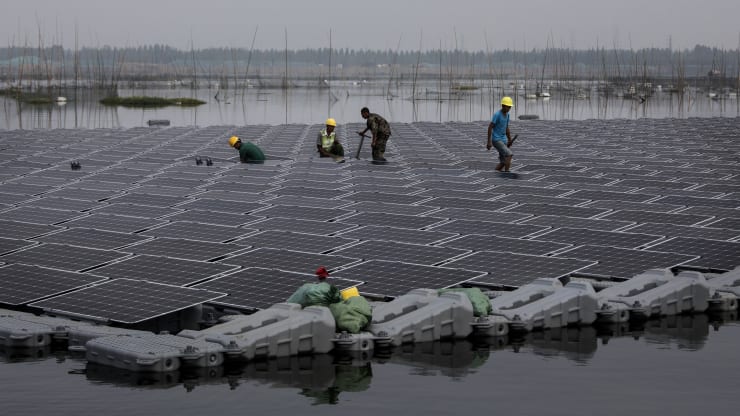 SINGAPORE — China, the world’s largest carbon-emitting country, has doubled down on its pledge to go green and fight against climate change — and investors have an opportunity to cash in on this long-term development, analysts from Citi said.

Chinese President Xi Jinping said in a speech at the United Nations General Assembly last month that his country aims to become carbon neutral by 2060. That means China would become a net-zero carbon emitter, which researchers in Reuters report said could slow global warming by 0.2-0.3 degrees Celsius this century.

Citi analysts said in a recent report that much of China’s effort to reduce emissions will translate into greater use of cleaner energy sources, while reducing the country’s reliance on coal. That means companies in the renewable energy space will likely benefit in the long term, they added.

“Solar- and wind-related companies should be the biggest and most obvious beneficiaries from the shift to cleaner energy,” the report read.

“Beyond these, we like gas distributors …, electric auto manufacturers and certain related industrial entities,” it added.

China is currently reliant on coal for energy, but it “emits the most carbon among the various energy sources,” said the Citi analysts.

So, coal’s share among China’s energy mix is set to significantly decline in the coming decades for the country to reach its carbon neutral goal, they added.

Citi estimated that the proportion of coal could fall from around 57.6% in 2019 to 15% in 2060, while that of oil could decline from 19.7% to 12.1% over the same period. Meanwhile, the share of natural gas and renewable sources are likely to increase, according to the projections.

That means that businesses related to the “traditional energy types” would be “major losers” as demand for their products and services decline, said Citi analysts.

The bank listed several companies with close links to the coal sector among its top “sell” ideas. Those include: