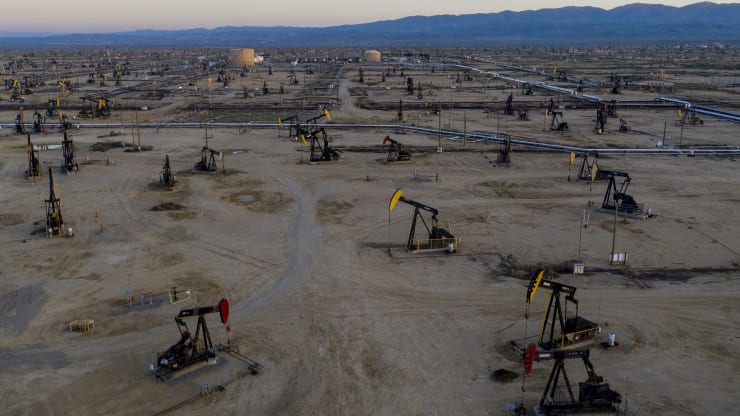 Oil prices edged lower on Friday, dragged down by concerns that a spike in COVID-19 cases in the United States and Europe will continue to drag on demand in two of the world’s biggest fuel-consuming regions.

OPEC+, a grouping of the Organization of the Petroleum Exporting Countries and ally producers including Russia, fear a prolonged second wave of the pandemic and a jump in Libyan output could push the oil market into surplus next year, according to a confidential document seen by Reuters, a much gloomier outlook than just a month ago.

“The reality is that we’re now seeing a pretty active spread of the pandemic across Europe and it’s spreading again in North America, and that potentially will weigh on oil demand recovery,” said Lachlan Shaw, head of commodity research at the National Bank of Australia.

Some European countries were reviving curfews and lockdowns to fight a surge in new coronavirus cases, with Britain imposing tougher COVID-19 restrictions in London on Friday.

A panel of officials from OPEC+, called the Joint Technical Committee, discussed their worst-case scenario during a virtual monthly meeting on Thursday. That involved commercial inventories from major world consumers remaining higher than the five-year average in 2021, rather than falling below that mark.

The group’s Joint Ministerial Monitoring Committee (JMMC), will consider the outlook when it meets on Monday. The JMMC can make a policy recommendation.

“We expect on Monday’s meeting some strong words on compensating for (members’) undercompliance,” said Paola Rodriguez-Masiu, Rystad Energy’s senior oil markets analyst. “What everybody is wondering is if there will be any action against the laggards this time or if the bashing will stay at a verbal level.”

OPEC+ is set to ease its current supply cuts of 7.7 million barrels per day (bpd) by 2 million bpd in January.

In the United States, drillers have begun adding oil rigs since cutting them to a 15-year low in August. This week, they added the most oil rigs in a week since January, increasing the count by 12 to 205, energy services firm Baker Hughes Co said.