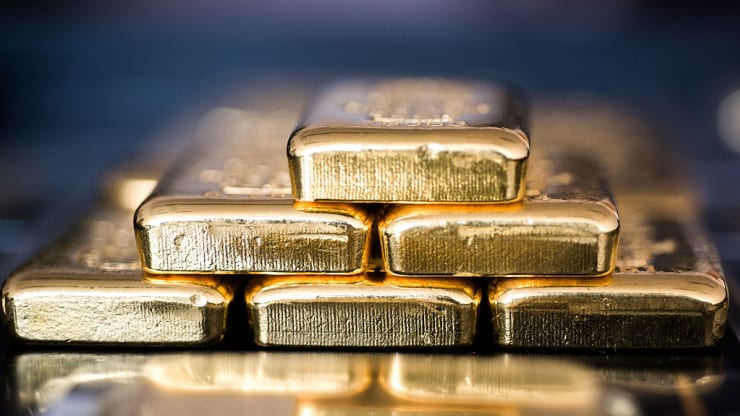 Gold prices fell on Tuesday with a slight rebound in dollar, while investors clung to hopes of a U.S. stimulus package being eventually released.

“There is a rebound in the dollar index. In the absence of further dollar downside, gold bulls are feeling a little jittery at the moment,” said Howie Lee, an economist at OCBC Bank.

The dollar index was up 0.1% against rivals, while Asian shares were weaker.

On investors’ radar was also a new U.S. coronavirus relief bill after a White House spokeswoman said on Monday that Senate Republicans will go along with what President Donald Trump wants in legislation.

Trump on Sunday called on Congress to pass a stripped-down bill, as negotiations on a broader package continued to run into roadblocks.

“If the stimulus is passed that will naturally send gold prices higher … Increasingly it looks like there will be none before the presidential elections hence we see gold struggling a bit here,” Lee added.

Massive stimulus measures to limit the economic damage from the Covid-19 pandemic has supported gold, widely viewed as a hedge against inflation and currency debasement. Prices have gained about 26% so far this year.

Meanwhile, adding to the uncertainty over the economic recovery was a recent spike in coronavirus cases across major economies, including the U.S. and the UK, with worldwide infections crossing 37.68 million.