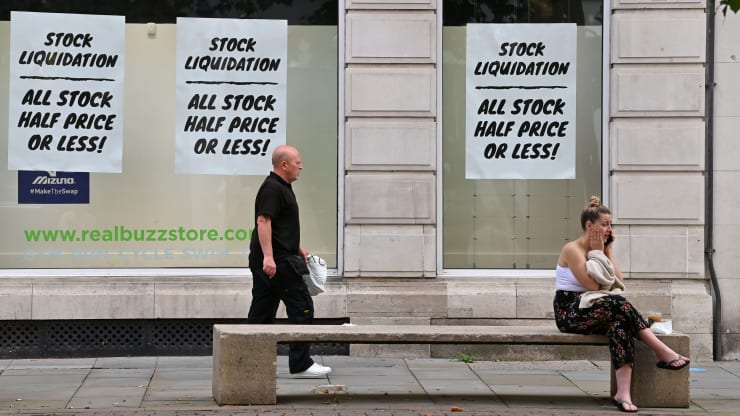 LONDON — The global economy has performed better-than-expected but it is still on track for an “unprecedented” decline in output, the Organization for Economic Cooperation and Development warned Wednesday.

In its latest economic outlook, the OECD said the world economy will contract by 4.5% this year — an upward revision from an estimate made in June that pointed to a 6% fall in gross domestic product (GDP).

“The drop in global output in 2020 is smaller than expected, though still unprecedented in recent history,” the OECD said in its report.

Going forward, the OECD expects the global economy to grow by 5% in 2021. Nonetheless, the outlook “remains exceptionally uncertain” due to the coronavirus pandemic.

Critically-hit sectors, such as the travel and tourism industries, have not fully recovered from the strict lockdown measures imposed earlier this year. Many countries are grappling with a resurgence in the number of infections. As a result, authorities might introduce new restrictions in the coming weeks to contain new waves — which would add further pressure on the global economy.

“Output picked up swiftly following the easing of confinement measures and the initial re-opening of businesses, but the pace of the global recovery has lost some momentum over the summer months,” the OECD said.

The Paris-based institution, an intergovernmental body which aims to stimulate economic development, also warned of “considerable differences” across different countries.

China, the United States and the euro area are expected to perform better than originally forecast in June. In comparison, growth expectations for India, Mexico and South Africa have worsened.

China is seen growing by 1.8% in 2020 — the only country among the OECD estimates that’s expected to experience growth.

The picture is even more dire for India, Argentina, the U.K., South Africa and Mexico, which are all forecast to collapse by more than 10%.

Brexit trade talks: Deal can and must be made, says CBI boss

This is how Google.org is using tech to make the world more sustainable

Manufacturing, IT, construction to become economic growth drivers in 2021-2023