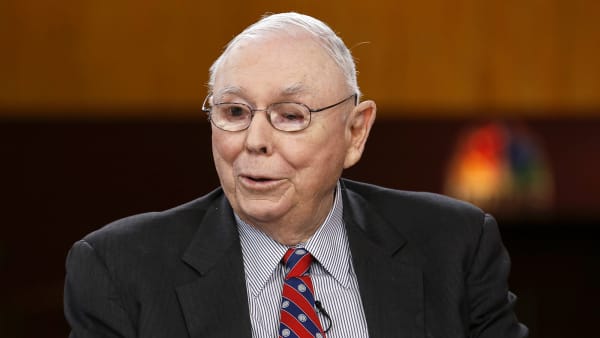 Speculation about what Berkshire Hathaway’s Warren Buffett is doing during the coronavirus crisis is a common topic among investors these days, with most expecting the “Oracle of Omaha” to make a classic value purchase during this tumultuous time or a rescue cash infusion to a struggling company he likes over the long term.

Well it doesn’t appear any of that is going to happen soon.

Berkshire’s phone has not been ringing with corporate executives begging for rescue capital as the coronavirus outbreak has left everyone in shock and confused about what their next step will be, Charlie Munger told The Wall Street Journal.

“Everybody’s just frozen. And the phone is not ringing off the hook,” said Munger, Berkshire Hathaway’s vice chairman and Buffett’s longtime business partner. “Take the airlines. They don’t know what the hell’s doing.”

“They’ve never seen anything like it. Their playbook does not have this as a possibility,” Munger said.

Berkshire Hathaway is a shareholder in airlines such as Delta and Southwest, among others. However, regulatory filings showed Berkshire sold part of its stake in both airlines recently.

Airline stocks have been among the hardest hit during the coronavirus outbreak. For the year, Delta has lost nearly 60% of its value while Southwest is down 40%.

The uncertainty around the outbreak also took a big bite out of the broader market. The S&P 500 has fallen about 19% from a record set Feb. 19.

Usually, major declines give big investors such as Buffett and Berkshire an opportunity to buy into companies at a discount. Buffett made such investments in financials like Goldman Sachs and Bank of America amid the financial crisis more than a decade ago. However, Munger said they are being conservative this time around.

“We’re like the captain of a ship when the worst typhoon that’s ever happened comes,” Munger told the paper. “We just want to get through the typhoon, and we’d rather come out of it with a whole lot of liquidity.”

The coronavirus outbreak has clouded the global economic outlook. Earlier this week, the International Monetary Fund said it expects a global GDP contraction of 3% this year.

Munger noted a recession is taking place, but added he does not think this downturn will turn into a depression.