Here is everything the Fed has done to save the economy 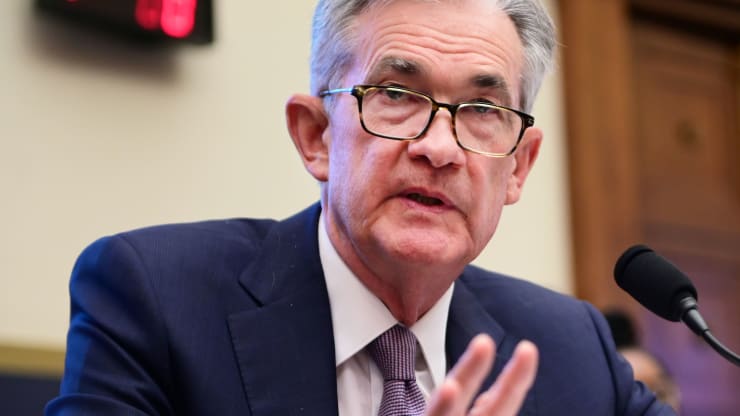 On Thursday, April 9, the market learned that the economy was even worse than most had thought, as the Labor Department reported that another 6.6 million Americans had joined the ranks of the jobless. That meant that in just a three-week period, more than 16 million Americans, or 10% of the workforce had been sent to the unemployment line.

To the naked eye, it looked like the U.S. economy was in free fall and with no hope of avoiding a downturn that would rival the Great Depression.

The Federal Reserve, though, had other ideas.

At literally the same minute the government released the jobless claims data, the Fed had an announcement of its own — a series of programs aimed at big and smaller business alike as well as households and governments representing an unprecedented $2.3 trillion in economic stimulus.

The programs were far and away bigger than anything the central bank attempted during the financial crisis, and were announced in much less time than the 2008-09 efforts.

The move also put a capstone on a dizzying laundry list of initiatives. The actions began with an emergency interest rate cut and continued through an alphabet soup of credit facilities aimed at keeping money flowing through the financial system — to businesses, households, and municipal and state governing bodies bereft of revenue as the American economy has been sidelined.

“None of us has the luxury of choosing our challenges; fate and history provide them for us,” Fed Chairman Jerome Powell said in remarks that accompanied Thursday’s rollout. “Our job is to meet the tests we are presented.”

The Fed has acted while Congress has continued to squabble — over its own stimulus, what else is needed and how it should be distributed.

While legislators did pass rescue measures worth more than $2 trillion, the need for more is apparent. Rival parties haven’t been able to agree on adding just $250 billion in help and adjourned for the weekend as small businesses continue to struggle and the unemployment rolls climb.

For its part, here’s a look at action the Fed has taken in just the past six weeks:

In all, the programs could combine to provide more than $6 trillion of liquidity to the financial and business system.

Almost since he appointed him, President Donald Trump has berated Powell for not moving quickly enough.

However, if Trump would have had his way, the Fed already would have been at or near zero with rates, leaving it with less maneuverability during the present crisis. Trump has said little about the Fed’s moves thus far, but his at-times harsh berating of Powell has subsided.

Powell repeatedly has rejected the notion that the Fed takes political considerations into account. Instead, he said, officials are keyed on making sure the steep economic downturn is as short as possible.

“Our main focus is on the near term,” he said. “My guess is that behavior will change. It won’t change quickly. People will start to go back the movies, to theaters. They’ll start to travel and they’ll gain confidence that it’s OK to do so. That process … will certainly be gradual and tentative.”