Small businesses start to get rescue funds, but payouts overall are lagging 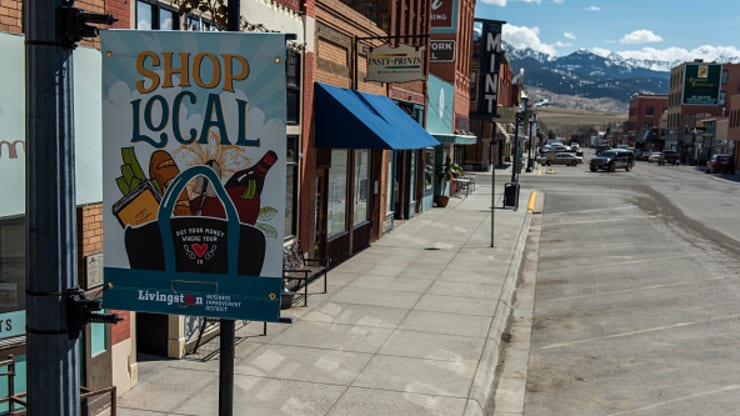 Small businesses have applied for more than half of the $350 billion allotted for the Paycheck Protection Program — and all the funds may be spoken for this week — but the amount actually disbursed to businesses is lagging well behind.

The “PPP,” the Trump administration’s centerpiece program to help small businesses weather the economic effects of the coronavirus, has approved 860,000applications for $210 billion of loans through 4,500 lenders — an accomplishment praised by many bankers.

Moving from application to disbursal, however, has proven to be another challenge that bankers said has been hampered by a lack of clarity from the Treasury Department and the Small Business Administration and by the need first to use bank personnel to process applications before closing loans.

“Banks are absolutely beginning to fund, and you’re going to see those numbers grow dramatically,” said Rob Nichols, president of the American Bankers Association. Nichols added, however, “We are still seeking some areas of guidance around some of the contours of the program.”

He would not say if that lack of guidance has hampered disbursement.

The Treasury Department declined to comment. A senior administration official told CNBC that disbursement figures from banks to businesses were not yet available, despite repeated requests.

“We have mostly undisbursed loans at this time” said Tony Wilkinson, president of the National Association of Guaranteed Government Lenders. “We still don’t have a program guide.”

The reason some financial institutions are disbursing and others are not comes down to whether the bank believes it has enough assurances from the government.

Wilkinson and others say the banks lack a form that details what borrowers must do to gain loan forgiveness. The legislation requires that 75% of the loan amount must go to payrolls, but some bankers says they need that and other details stipulated in a loan authorization form, including what types of payments a borrower must make if the loan is not forgiven, monthly or quarterly.  And bankers also say they need details of the government’s guarantee of the banks. That is, under what conditions will or won’t the government pay off the bank loans?  Bankers point out that the government  has changed its mind in the past on previous emergency lending programs.

Kevin Sabin, president of Arvest Bank, said his bank has processed 5,000 “PPP” loans valued at over $800 million. Sabin said the smallest loan request was for $2,380 and the largest was for the program’s maximum limit at $10 million. The bank, which has operations in Oklahoma, Arkansas, Kansas and Missouri, was able to finesse logjams in the application system when it realized that traffic was light at midnight.

“Rather than wait, we decided to move forward and go back to customers if we need additional information,” Sabin said. “We feel pretty confident we are meeting the spirit of what was intended in the law.”

At the same time, Wilkinson praised the SBA for its ability to quickly ramp up the application process for a program that didn’t exist several weeks ago.

In an interview on CNBC’s “The Exchange,” Jersey Mike’s Subs CEO Peter Cancro said the company, along with the approximately 475 store franchise owners, started the PPP loan application process on Sunday, March 29, following a detailed call with experts on how to fill out and file the necessary paperwork.

“We now have it in and done and are awaiting the SBA number, which some have received, and most haven’t,” Cancro said. “We’re optimistic that we’ll hear something this week,” he added.

Cancro also noted that the application process has been more smooth for the owners who had existing relationships with a lender and many owners have gone through their local banks.

An official with the Community Bankers Association said 80% of its members are participating in the PPP but only 20% are disbursing loans.

Clem Rosenberger, president of NexTier bank in western Pennsylvania, said his bank has 500 loans approved by the SBA and expects to have 200 funded Monday as he shifts resources from receiving applications to funding loans. The bank decided to use its own loan form rather than wait for one from the SBA, and has found a way to deal with its loan officers working from home.

“We’ve been able to pound through the system,” Rosenberger said.