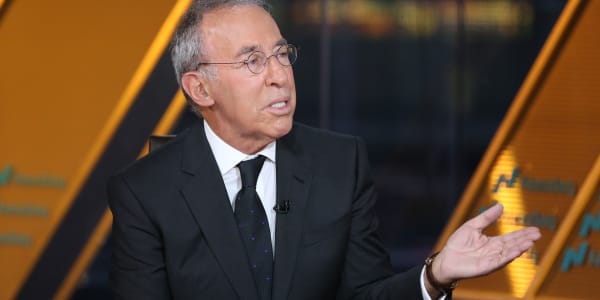 Billionaire investor Ron Baron believes Tesla has the potential to hit “at least” $1 trillion in revenue in 10 years and continue to grow from there.

“It’s nowhere near ended at that point and time,” he said Tuesday morning on “Squawk Box.” “There’s a lot of growth opportunities from that point going forward.”

Baron, whose eponymous investment firm holds nearly 1.63 million Tesla shares, said Baron Capital will not sell a single share of company. Tesla’s recent run, he said, is “just the beginning” as he believes the company “could be one of the largest companies in the whole world.”

Tesla’s stock has climbed nearly 220% in the past six months, including roughly 86.5% this year. The company’s market cap is now more than $140 billion — nearly triple that of General Motors but below Toyota Motor at roughly $227 billion.

Craig Irwin, senior research analyst at Roth Capital, on Tuesday said at some point “reality is going to set-in” for Tesla, which is why he has a sell rating for the company and a price target of $350.

Irwin said Tesla is “a good company” with “sound” financials, however he argued that traditional automakers will eventually catch up to the California company.

“This is a company that will see decelerating sales,” Irwin said.

Despite the volatility of the shares and “some self-inflicted wounds” by Tesla CEO Elon Musk, Baron on Tuesday said his faith in the company “was never shaken.” He said, if it were solely up to him, his firm would buy more shares of the company.

Even if Tesla’s stock hits $900 or more a share, Baron said he would not want the stock to split: “I don’t think that it’s a great idea to split stocks.”

Baron said he was OK investing in Tesla and Musk even if he didn’t make money because what he is doing well for the world. He also saw no downside because Tesla could also be bought.

As of Monday’s close, Baron’s Tesla stake was worth $1.3 billion. He said he accumulated the Tesla shares at an average cost of $219 each.

Investors betting against Tesla’s stock have lost more than $8 billion since the beginning of the year, according to data from S3 Partners, including nearly $2.5 billion in losses on Monday’s surge alone.