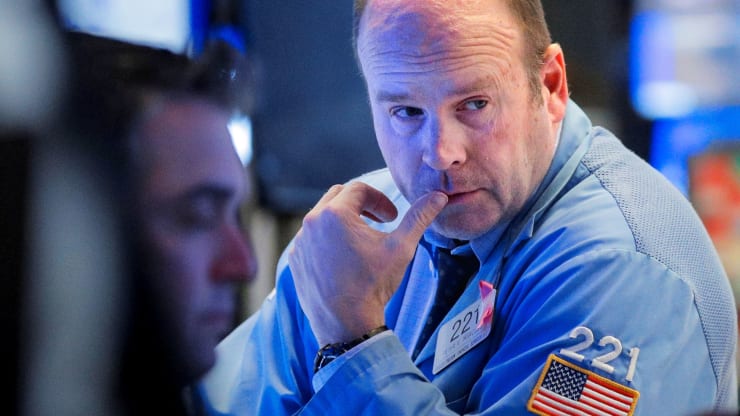 Federal Reserve officials this week affirmed their commitment to staying put on interest rates for the time being, but markets have other ideas.

The fed funds futures market, where traders go to bet on the central bank’s policy direction, is pricing in about a 58% chance of a rate cut by June, according to the CME’s FedWatch tool. Traders are even making room for two cuts, assigning a nearly 60% chance of another move lower in December.

Expectations for an easing have accelerated as the coronavirus has begun to spread globally and threatens to dent China’s already decelerating growth. Stocks have surrendered their January gains and bonds are again flashing a recession signal through an inverted yield curve.

Markets, then, might be bracing against the chance of a contagion both medically and economically.

“The Fed won’t divorce itself from the human aspect of this. But it will be about growth and whether or not this affects growth,” said Quincy Krosby, chief market strategist at Prudential Financial. “China is the second-largest economy in the world. If demand in China slows, it’s going to affect some of the larger trading partners. It won’t just be the U.S. That could stymie attempts of monetary and fiscal stimulus to bolster global growth.”

Central bankers tend to look through events like natural disasters and the spread of infectious disease as one-off events unlikely to figure into the longer-term picture and thus move interest rates.

But Fed Chairman Jerome Powell did acknowledge the coronoavirus this week, and it’s like to come up once officials resume making position speeches now that the January meeting is past.

“The situation is really in its early stages and it’s very uncertain about how far it will spread and what the macroeconomic effects will be in China and its immediate trading partners and neighbors and around the world,” Powell said at his post-meeting news conference Wednesday. “So in light of that uncertainty, I’m not going to speculate about it at this point. I would just tell you that, of course, we are very carefully monitoring the situation.”

He added that future policy decisions are dependent on “the potential ramifications for the U.S. economy and for the achievement of our dual mandate” of full employment and price stability.

The Fed already is in an accommodative posture coming off a 2019 where it cuts its benchmark borrowing rate three times by a total of 75 basis points. A statement the policymakers released upped the central bank’s commitment to boosting the inflation rate to 2%, which it considers healthy for a growing economy.

However, some officials have expressed unease with having rates so close to zero and the limited room that would provide in an economic downturn.

So a cut from here likely wouldn’t come unless the coronavirus presented a longer-term threat to global and U.S. growth.

“If you’re sitting at the Fed, you’re obviously worried about these global risks. But you kind of just sit and wait,” said Jospeh LaVorgana, chief Americas economist at Natixis. “I’d be more comfortable with them keeping the accommodation going through the balance sheet” expansion rather than rate cuts.

Markets, though, are clearly nervous.

Major averages Friday suffered through their worst day since October as the Dow Jones Industrial Average had shed more than 500 points heading into the last hour of trading. The Fed doesn’t directly respond to market tumult, but is no doubt watching what happens.

“What this coronavirus has done now is allow the market to be that much more worried about an inflection in the economy,” LaVorgna said. “The smart move is the Fed should continue to expand the balance sheet and continue to talk dovish, and then take a wait and see attitude.”