Expect geopolitical tensions to ‘intensify’ and play into the US election, experts say 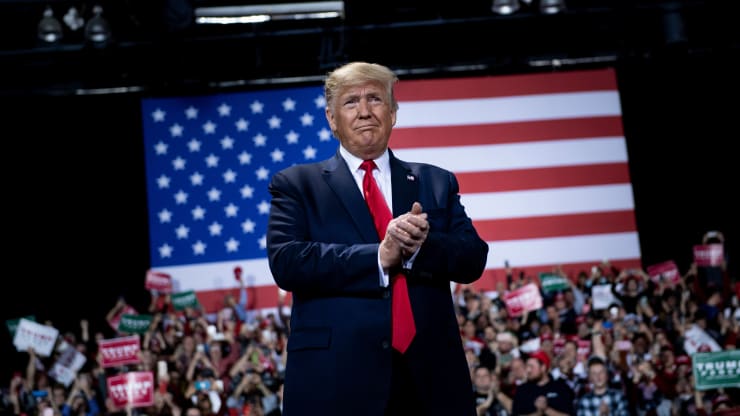 The year 2020 certainly got off to a bang with tensions between the U.S. and Iran high amid Tehran-backed protests in Iraq and experts believe that geopolitical turbulence is only going to get worse this year, particularly in the run up to the most seismic event of the year — the U.S. election in November.

“I think this is going to be a year of greater turbulence, greater intensification of practically every geopolitical tension, and that is going to play into the Democratic primaries but also the 2020 election in a big way,” Inderjeet Parmar, visiting professor at the London School of Economics and head of City University’s department of International Politics, said Thursday.

“The last three years have shown us that the U.S. is wracked by polarization – pretty much every institution you can think of within politics is set up against another within the same political system … what we’ve got is a president against the Congress, a House against the Senate and we’ve got party against party. So, I think that turbulence is going to carry on and intensify,” he told CNBC’s Squawk Box Europe.

On a geopolitical front, voters will be closely-watching the viability of a phase one trade deal between China and U.S. and how tensions play out between the U.S. and Iran. But closer to home, the Democrats’ impeachment process against President Donald Trump will be the most closely-watched – and divisive – process, as well as the Democratic primaries, starting February, to elect the party’s nominee for the U.S. election.

Joe Biden, Bernie Sanders and Elizabeth Warren are seen as front-runners for the nomination, as well as Pete Buttigieg, whose campaign said Wednesday that he had raised $76 million in donations since entering the race in April.

“Even if you look at it from a market sort of standpoint, the market wants to know two things – it wants to know who’s the Democratic frontrunner,” Mike Gallagher, managing director of Macro and Strategy at Continuum Economics, told CNBC Thursday.

“That’s really important because if it’s Biden versus Trump in November, then from a markets standpoint, the economic policy isn’t really going to change radically. We know what Trump’s like. Biden, from a deficit standpoint, is probably pretty similar to Trump. And on the China front, Biden is more conciliatory toward China so if it’s a Biden-Trump runoff that’s ok for financial markets.

If Trump was to face Sanders or Warren in the election on November 3, candidates that have both taken a hard stance against Wall Street and have wealth tax plans, markets would be “very worried about a radical shift in the U.S. economic model,” Gallagher noted.