‘Awfully high’ risks of a global recession in the next 12-18 months, Moody’s chief economist says 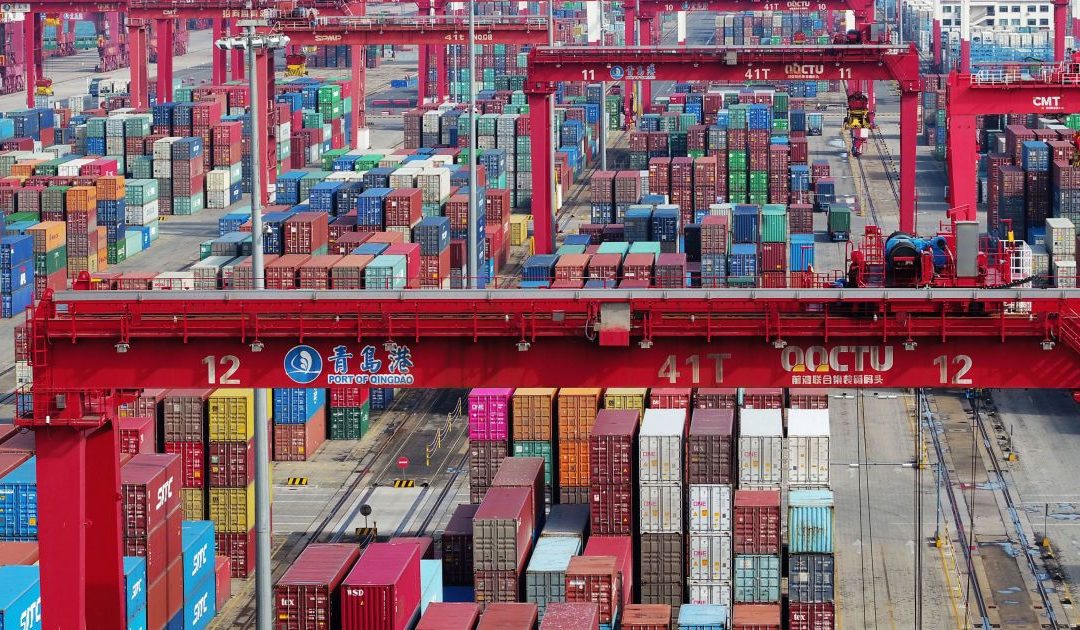 There’s an “uncomfortably high” chance that a recession could hit the global economy in the next 12-18 months — and policymakers may not be able to reverse that course, an economist said on Wednesday.

“I think risks are awfully high that if something doesn’t stick to script then we do have a recession,” said Mark Zandi, chief economist of Moody’s Analytics. “I’ll say this also: Even if we don’t have a recession over the next 12-18 months, I think it’s pretty clear that we’re going to have a much weaker economy.”

Avoiding a slowdown in economic activity requires many factors to “stick to script” at the same time, he said. That includes U.S. President Donald Trump not escalating the tariff war with China, the U.K. finding a resolution to Brexit and central banks continuing their monetary stimulus, Zandi explained.

“I think high, uncomfortably high,” he told CNBC’s “Squawk Box Asia” when asked about the chances of a global economic recession.

Other economists appeared less worried about a recession, but shared Zandi’s sentiment that growth would continue to weaken.

Eswar Prasad, a professor at Cornell University, said consumer spending has helped support growth in several economies — even as momentum falters in other sectors. But that’s not sustainable, he added.

“Consumers and households cannot be counted on to keep growth going. So, really, the key is to come up with a set of policies that are going to spur a revival of business and consumer confidence, and end up boosting investments,” he told CNBC’s “Street Signs Asia” on Wednesday.

Monetary and fiscal support
On Tuesday, the International Monetary Fund made a downward revision to global growth.

IMF chief economist: Trade has played a bigger role in downward revisions
The fund blamed the “subdued growth” partly on rising trade barriers and heightened geopolitical tensions, and called for a “balanced” way to fend off those risks.

“Monetary policy cannot be the only game in town and should be coupled with fiscal support where fiscal space is available and where policy is not already too expansionary,” the IMF said.

Zandi agreed that governments should increase spending to support the economy, but said many major economies would not go down that route.

He explained that with the two major political factions in the U.S. battling an impeachment inquiry into Trump, it doesn’t seem likely that Congress would pass any plans to cut taxes. In Europe, Germany may have fiscal space to spend but the government could find it hard to do so legislatively, he said.

“This doesn’t lend confidence. The central banks are running out of room, we need fiscal policymakers to step up but I don’t think, at this point, it’s clear where the political will for doing that is going to come from,” he said.

President Donald Trump pumps his fists as he arrives for a “Make America Great Again” rally at Minges Coliseum in Greenville, North Carolina, on July 17, 2019.
Trump is on his way to an easy win in 2020, according to Moody’s accurate election model
Gardner Minshew #15 of the Jacksonville Jaguars
NFL quarterback Gardner Minshew is ‘known for not spending any money’ and still drives a used Acura

Five things you never need to buy new (the savings will blow you away)
Turkish-backed Syrian rebel fighters head to an area near the Syrian-Turkish border north of Aleppo on October 8, 2019.
US military carries out ‘show of force’ in Syria as Turkish-backed fighters.