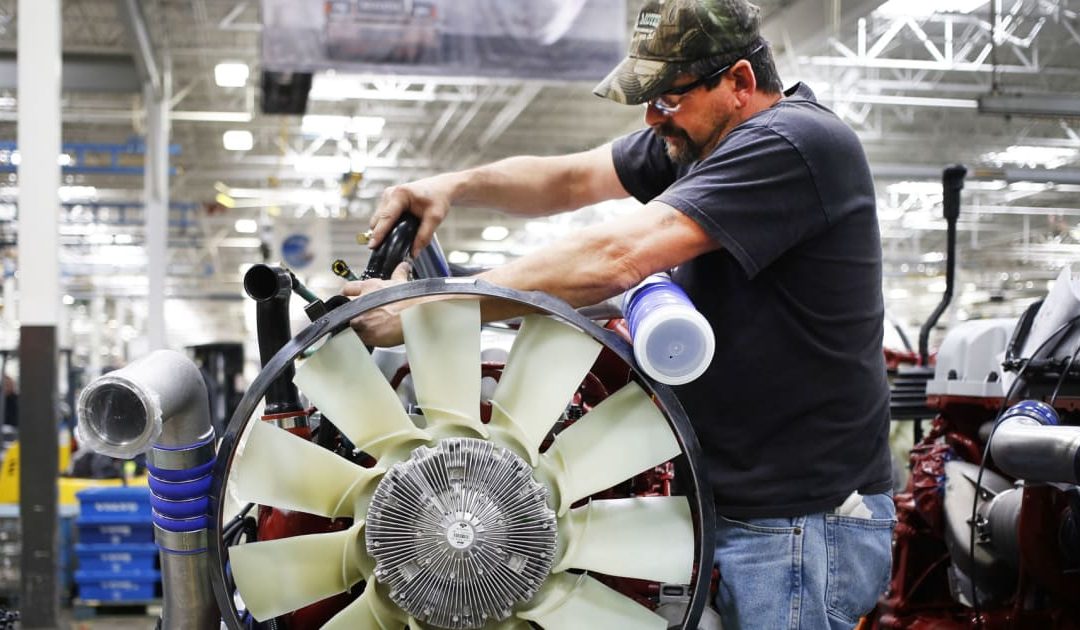 Unemployment hit a fresh 50-year low in September even though nonfarm payrolls rose by just 136,000 as the economy nears full employment, the Labor Department reported Friday.

The jobless rate dropped 0.2 percentage points to 3.5%, matching a level it last saw in December 1969. A more encompassing measure that includes discouraged workers and the underemployed also fell, declining 0.3 percent points to 6.9%, matching its lowest in nearly 19 years and just off the all-time low of 6.8%.

Get the market reaction here.

Also, the jobless rate for Hispanics also hit a new record low, while the level for African Americans maintained its lowest ever.

At the same time, the economy saw another sluggish month of growth. The nonfarm payrolls count missed the 145,000 estimate from economists surveyed by Dow Jones; the expectation on the jobless rate was to hold steady at 3.7%.

Wages also were a disappointment, with average hourly earnings little changed over the month and up just 2.9% for the year, the lowest increase since July 2018.

The report comes amid uncertain times for the economy, with fears escalating that weakness abroad will bleed into the U.S. and possibly cause a recession. Readings earlier in the week showed continued contraction in manufacturing and a sharp decline in the much larger services industry.

“Today’s data don’t change the fundamental economic picture,” said Eric Winograd, senior U.S. economist at AllianceBernstein. “The labor market is still strong, adding more than enough jobs each month to absorb new entrants to the labor force. But even with a strong labor market, wage growth remains muted, limiting the risk that labor market tightness will push inflation meaningfully higher. The question that matters most for the economy is how long the labor market can stay strong given the ongoing slowdown in growth.”

Federal Reserve officials watch the nonfarm payrolls count for clues as to how the economy is performing. While the low unemployment rate is one sign of economic strength, the weakness in wage growth shows that the central bank remains a good distance from its goal at maintaining an inflation rate around 2%.

The central bank meets Oct. 29-30, with markets expecting another quarter-point rate cut, though the probability declined bit to about 79% following the jobs report.

“Job growth remains on its slowing trend even as labor markets continue to get tighter. While wages dropped slightly, finding qualified workers is likely to get more difficult,” said Gad Levanon, chief economist, North America, at The Conference Board. “Overall, this report provides more evidence that the labor market is still healthy and does not necessarily increase the likelihood of further rate cuts by the Federal Reserve in the remainder of the year.

The Bureau of Labor Statistics count for September provided both good and bad news.

Health care led the way in job creation while retail lost another 11,000, bringing the total to 197,000 in jobs the industry has lost since January 2017.

The drop in the unemployment rate, though, was for positive reasons, as it did not reflect a corresponding decline in the labor force participation rate, which held steady at 63.2%. The total labor force increased by 117,000, while the employment-to-population ratio increased one-tenth of a point to 61%.

Unemployment also fell sharply for Asian Americans, dropping to 2.5% while the level for Hispanics fell to 3.9%, both declines of 0.3 percentage points.

Government jobs continued to rise, increasing by 22,000 though unlike in August the cause was not Census hiring, which rose by just 1,000. The average work week was little changed at 34.4 hours.

Job growth skewed toward full time, which saw its ranks rise by 305,000, while part-time positions increased by 121,000.