‘Expect some volatility’ in oil price as US output flows back, IHS Markit’s Yergin says 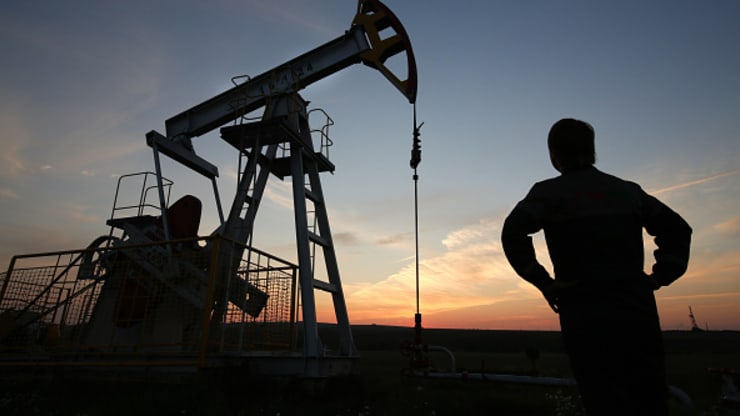 “The pipeline bottlenecks are in the process of being resolved, so a lot more oil is going to come onto the market by the end of the year. We expect the U.S. (crude oil output) to be up to 13 million barrels a day. And at least we’re looking right now at fairly weak demand,” he told CNBC’s Hadley Gamble in Abu Dhabi Tuesday.

“We’re in one of the weakest periods since 2008 and we think demand growth this year is under a million barrels per day. So you have that factor at the same time as you have more oil coming to the market. So expect some volatility.”

Yergin projected that benchmark Brent crude, currently trading at $62.86 Tuesday, could stay within the $55 to $65 range.

Yergin said IHS Markit came to its conclusion about lower oil demand growth having looked at weaker manufacturing data. “We see a strong consumer economy in the U.S. but worry about the weakness in the economy.”

The direction of the oil price, which is largely dictated by supply and demand dynamics, is uncertain.

On the one hand, an alliance of OPEC producers and non-OPEC producers (including Russia) decided in late 2016 to curb their daily oil output in order to balance markets following a glut in supply and slumping prices. The U.S., which is now the biggest oil producer in the world, is not a part of that agreement, however, and has seen its oil production surge.

President Donald Trump’s trade dispute with China, and the mutual import tariffs both country’s have applied, are widely seen as a dampener on global economic growth and the demand outlook for oil. Combine the factors of rising oil supply and lower global demand growth, and the oil price declines.