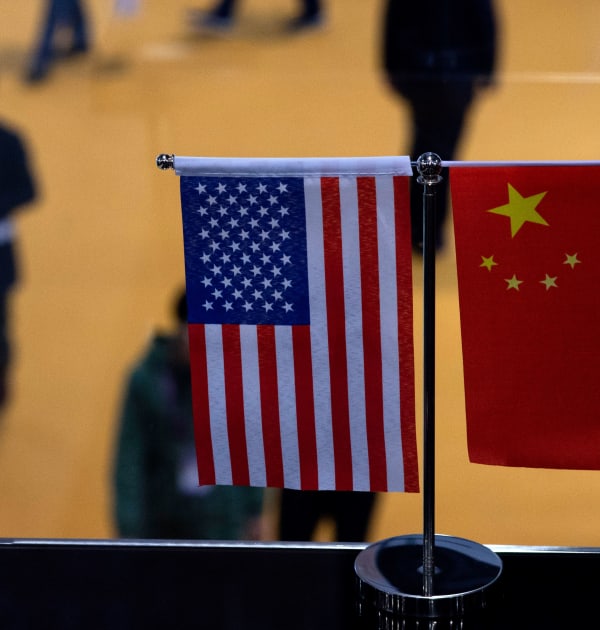 Tensions stemming from the U.S.-China trade war escalated sharply over the last few days, with much happening as Asian markets were shut down for the weekend.

Before U.S. stock markets open, China’s Ministry of Finance announces on its website that it will apply new tariffs of between 5% and 10% on $75 billionworth of goods from the United States.

The move is a response to the U.S. government’s announcement on Aug. 1 that it is adding a 10% tariff to $300 billion worth of Chinese goods. Washington eventually delays some of those tariffs, saying they will be implemented in two tranches: on Sept. 1 and Dec. 15.

Also on Friday, the Chinese Ministry of Finance announces that a 25% tariff on U.S. automobiles and auto parts will be reinstated Dec. 15. The tariffs were suspended this year in the wake of the meeting between Chinese President Xi Jinping and U.S. President Donald Trump in Argentina at the end of 2018.

As an annual meeting of central bankers in Jackson Hole, Wyoming, wraps up, Trump tweets: ‘Who is our bigger enemy,’ Fed Chairman Powell or Chinese President Xi?

Trump then tweets that U.S. companies are “ordered” to immediately start looking for an alternative to China.

“Our Country has lost, stupidly, Trillions of Dollars with China over many years. They have stolen our Intellectual Property at a rate of Hundreds of Billions of Dollars a year, & they want to continue. I won’t let that happen! We don’t need China and, frankly, would be far better off without them. The vast amounts of money made and stolen by China from the United States, year after year, for decades, will and must STOP.”

“Our great American companies are hereby ordered to immediately start looking for an alternative to China, including bringing your companies HOME and making your products in the USA.”

“I will be responding to China’s Tariffs this afternoon. This is a GREAT opportunity for the United States.”

“Also, I am ordering all carriers, including Fed Ex, Amazon, UPS and the Post Office, to SEARCH FOR & REFUSE, all deliveries of Fentanyl from China (or anywhere else!). Fentanyl kills 100,000 Americans a year. President Xi said this would stop – it didn’t. Our Economy, because of our gains in the last 2 1/2 years, is MUCH larger than that of China. We will keep it that way!”

U.S. stocks close lower, with the Dow Jones industrial average losing more than 600 points and the S&P 500 down 2.6%.

Trump tweets that duties on goods imported from China will be increased:

China’s Ministry of Commerce responds to Trump’s new tariff increases, and urges the U.S. to reverse course, according to a CNBC translation of the statement.

“The Chinese side strongly urges the U.S. side not to misjudge the situation, not to underestimate the resolve of the Chinese people, and immediately stop wrong actions, or the U.S. will have to bear all the consequences.”

Trump says at the Group of 7 leaders meeting that he could declare the escalating U.S.-China trade war as a national emergency, although he added he has no plans at the moment to do so.

“Actually we are getting along very well with China right now, we are talking. I think they want to make a deal much more than I do,” the U.S. president says.

The White House says Trump “regrets not raising the tariffs higher” on China.The comment was an effort to clarify Trump’s earlier remark that he had “second thoughts” about escalating the trade war with China.