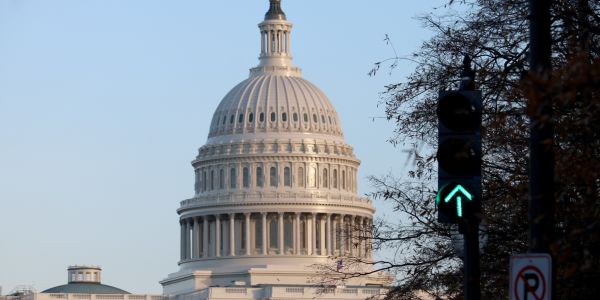 The U.S. budget deficit widened another $119.7 billion, good for a 27% increase over a year ago, according to government figures released Monday.

That brings the fiscal year deficit through July to $866.8 billion, a little over a year and a half after the Trump administration ushered through a $1.5 trillion tax cut that the White House has vowed would pay for itself. At this point last year, the deficit was $684 billion.

There are two months left in this fiscal year, and the Treasury Department is projecting a deficit of just over $1 trillion.

The monthly rise was in line with Wall Street estimates.

The deficit increase came largely due to increased spending on health care and the military. Medicare outlays rose 11% to $66 billion. Defense spending also was up $10 billion year over year to $53 billion.

A two-year budget deal that Trump negotiated with Congress earlier in August likely will only add to the red ink as the spending plan authorized increased spending on defense and domestic programs.

Though the tax cut lowered the rate corporations have to pay from 36% to 21%, tax receipts actually are up 3.2% year to date. Individual income tax receipts have risen just shy of 1%.