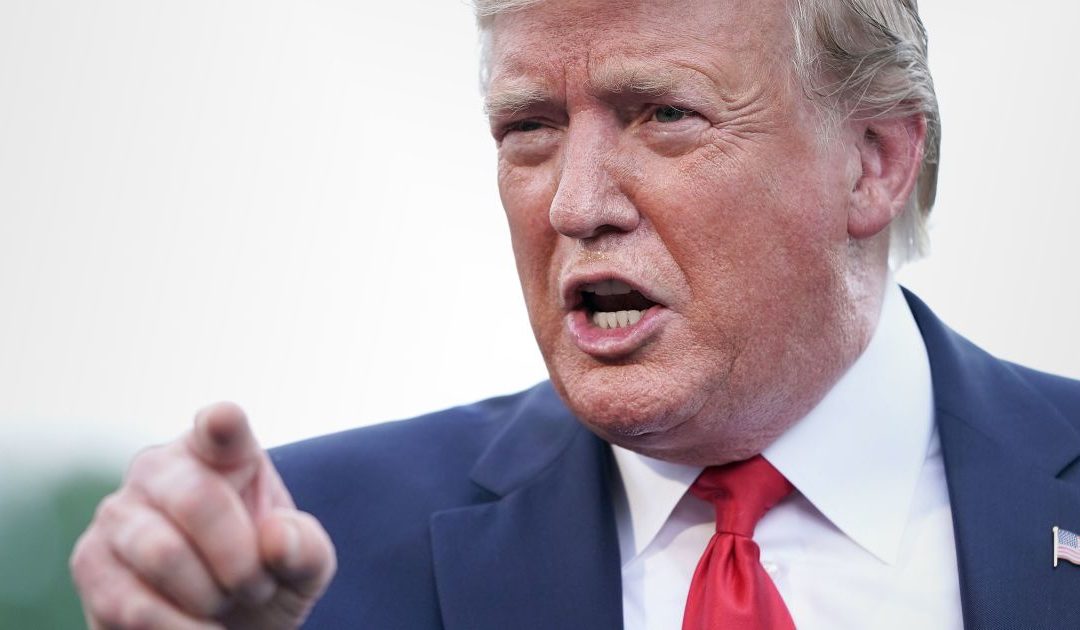 The Trump administration took the trade war up another notch, calling China a currency manipulator and ratcheting up expectations that the White House has other moves it could make to retaliate against China.

Last used in the 1990s, the designation was announced by the U.S. Treasury Monday after U.S. markets closed out a turbulent session. The Dow, down 767 points in Monday trading, fell hundreds of points more in the futures market in after-market trading. The offshore yuan fell to a new low of 7.13 per dollar.

“It’s clear now the trade war has become integrated with currency war,” said Marc Chandler, chief market strategist at Bannockburn Global Forex. Chandler noted that the U.S. has a six month period of review for China and it gave China a pass in May.

In its release, the Treasury cited an original law from 1988 on currency manipulation, but that law was altered in 2015 and 2018 and the changes were not mentioned.

In May, the Treasury said in a report that China did not meet standards identified in that act. But it said it would “carefully monitor and review this determination over the following 6-month period in light of the exceptionally large and growing bilateral trade imbalance between China and the United States and China’s history of facilitating an undervalued currency.”

“They side-stepped it by having this come out between reports, and ignoring the size of the bilateral trade balance with the U.S.; the overall current account position, which should be substantial, and the fact that they would have to be consistently intervening on one side of the market to influence it,” said Chandler.

The Treasury’s move came less than 24 hours after China’s currency fell below the psychological red line of 7 to the dollar for the first time since 2008 on Monday. That triggered a major sell-off in risk assets globally, as investors speculated the U.S. and China were far apart on any trade deal and the world is more at risk of recession.

“This plays up the risk of intervention, in a lot of people minds, and that’s why you see the dollar weakening” against major currencies, said Chandler. The White House had discussed intervening in the currency market last month to weaken the U.S. dollar, but had ruled it out at the time, sources told CNBC.

Strategists said it appeared China was not intentionally driving down its currency but was no longer propping it up, as it had been and the way it trades in the next few sessions will be key. The People’s Bank of China each day sets a rate for the yuan, allowing it to trade in a band against the dollar that is 2 percent on either side of its midpoint value. That is the onshore currency, or CNY. The offshore currency CNH is used by foreign investors and banks and it fell to a record 7.09 per dollar Monday.

“Trump is trying to get his cake and eat it too. This kind of puts a political stamp on China, that they are manipulating their currency. By them lowering the value of their currency, or not supporting it, China is eating most of these tariffs so the U.S. doesnt’ have to,” said Dan Clifton, head of policy research at Strategas. “He’s got conflicting demands here and playing it all to his benefit.”

The Treasury, in its statement, said Treasury Secretary Steven Mnuchin would engage with the IMF on China’s currency manipulation, but the International Monetary Fund just recently said China was not unfairly influencing the yuan.

“It won’t pass the smell test” with the International Monetary Fund, said C. Fred Bergsten, senior fellow and director emeritus at the Peterson Institute for International Economics. He said this move was “unexpected and unjustified.”

Chandler said that the Chinese yuan was down 2.5% year to date as of Monday, when it lost 1.5%.

“China has been using its reserves to prevent weakening of its currency, but now it’s not. So the U.S. wants to say now it’s manipulation as opposed to what it was doing last week, or three weeks ago, by preventing a bigger sell off”′ said Chandler.

One aspect of the designation gives U.S. corporations the ability to sue China, claiming harm from its currency policy, Chandler said.

The manipulation designation is likely to have bipartisan support since earlier Monday Senate Minority Leader Chuck Schumer criticized China for its handling of its currency and said the Treasury could label it a manipulator..

“This is just nasty. We designated them not a manipulator recently…Now it’s just out of spite,” said Peter Boocvkar, chief investment strategist at Bleakley Advisory Group.

Strategists said if intervention becomes a serious idea in the administration it is unlikely to work, since it would not be effective if the U.S. acted alone.

“The risks of intervention are high. The risks of a positive result are low. It’s not clear it could work, and the costs are high. And it’s easy to block or offset . It could trigger something big. Like somebody intervenes on the other side,” said Chandler.