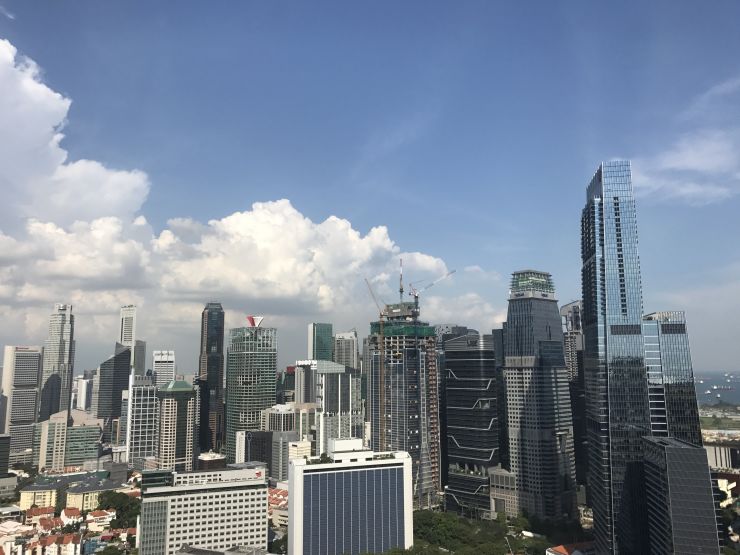 Singapore’s economic growth rate for the year could realistically come in at just 1.5%, a Moody’s Analytics economist predicted on Monday.

Steve Cochrane, chief Asia Pacific economist for the Moody’s subsidiary, said gross domestic product growth could be 1.5% to 2% for the city-state, but the lower end was “more realistic.”

If his prediction were to come to pass, that would fall into the bottom of the Singapore government’s forecast for 1.5% to 2.5% full-year GDP growth.

Singapore is often viewed as a bellwether for the global economy’s health. That’s because foreign trade accounts for a large proportion of the city-state’s GDP. In 2018, the World Bank estimated Singapore’s exports were worth 176.4% of its GDP. If trade in Singapore is weak, it suggests falling demand and economic growth in other countries.

Cochrane described his prediction for GDP growth as “below potential” for Singapore: He cited a 2.5% to 3% rate as ideal for long-term growth.

Cochrane’s prediction came alongside DBS CEO Piyush Gupta’s comments that Singapore would see approximately 1% in GDP growth. “Our own projection is that the full-year GDP is likely to be closer to 1% than to 0%,” Gupta told CNBC Monday.

There are some bright spots, however, including Singapore’s pharmaceutical industry creating opportunities for the economy, according to Cochrane.

“Pharmaceuticals … are growing fairly well, notwithstanding some bumps in the road. (It’s) a high-value-added industry that actually, I think, creates some good potential for the Singapore economy going forward,” Cochrane said.

He also said there was a “good chance” an upswing in the pharmaceutical industry could prevent a technical recession, which analysts cautioned might happen in 2020.

Average compound annual growth in pharmaceutical spending in Singapore was at 6% from 2013-2017, and is projected to increase to 6.1% in 2018-2022, according to a 2018 report from The Economist Intelligence Unit.

A promising outlook for Singapore’s pharmaceutical industry is coupled by a “pretty good” domestic economy, according to Cochrane.

He said, “Real estate markets are steady, the housing market looks like it’s stabilized … If the labor market can continue to remain steady and domestic demand is steady as well, we might avoid a technical recession.”