Turbulence and trade-offs: why economics matters 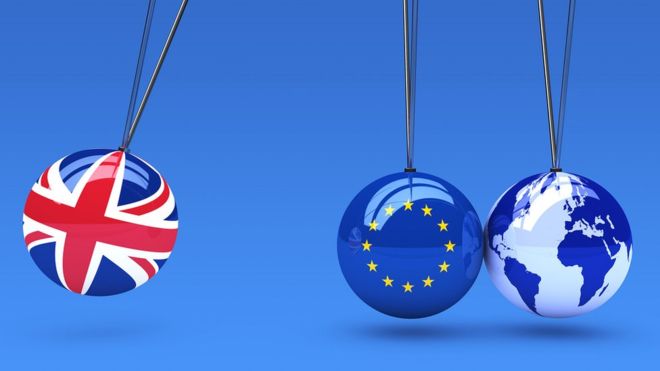 The economy is at a crossroads in the UK.

The indications right now are consistent with a stalling economy, perhaps a contracting one, meaning there is even a small possibility we are in recession.

Those signals are coming from economic data, from soft corporate results and they are raising expectations that an unwanted item could be awaiting the new Prime Minister and Chancellor – the first negative quarter for the economy for 7 years.

The wider European economy is not in the rudest of health either, with Germany’s manufacturing juggernaut slowing down sharply and Italy’s chronic fiscal problems exacerbated by its unstable government.

An unprecedented double-edged challenge to seamless trade comes from the erratic and unpredictable Brexit negotiations, affecting everything from the price of cheese to the flow of manufacturing parts, and the post-Brexit novelty – for some the very essence of EU withdrawal – of the UK fighting its own corner in choppy global trade seas.

Over the next 12 months, it won’t be about projections, forecasts and crystal balls – the impact of increasingly likely fundamental changes to trading arrangements with the UK’s biggest single trade partner will become tangible, observable and impossible to ignore.

The seeds of this economic uncertainty were sown long ago.

What we are seeing right now in global politics is, at least partly, the culmination of a decade-long Roadrunner moment after the trauma of the financial crisis.

That moment could and perhaps should have given rise to an immediate global round of trade protectionism, economic nationalism and turbulent diplomacy.

It did not then. But it was merely postponed rather than entirely prevented.

The consequences appear to be with us now in the form of a slow motion global trade war, with tariffs, tensions and declining co-operation.

It was the action of central bankers, above all, in printing money, pumping trillions of pounds, dollars, euros and yen, that stalled an immediate political reaction to the 2008 financial collapse. But the quantitative easing anaesthetic has now worn off and its unwanted side effects are also still being felt in inflated house and other asset prices, and cuts to living standards that are now starting to reverse, but workers, especially the under 50s’ have barely recovered from a living standards lost decade.

So, no surprise at the fertile conditions created by economics for a global political backlash against, well, almost everything really.

But that volatile political brew is now making economics even more difficult to predict.

Central bankers, such as Mario Draghi and Mark Carney, commanded volatile markets in uncertain times with force of will, rhetoric, and their institutions’ ballooning balance sheets.

It seemed like a free lunch. The bill always arrives eventually and seems likely to be the dilemma of their successors.

The real question is how far does this now go?

China and the US continue to spar over everything from soya to steel.

The fundamental axis of the entire world economy, since the 2001 accession of China to the World Trade Organisation, seems to be breaking before our eyes. The workshops of the world are under strain. The unofficial Sino-US compact that saw manufacturing and jobs outsourced East, and in return, dirt cheap prices, cheap dollar lending and raised living standards exported back West, unravels with unknowable consequences.

This is how Google.org is using tech to make the world more sustainable

Manufacturing, IT, construction to become economic growth drivers in 2021-2023