Strong job growth is back: Payrolls jump in June well above expectations 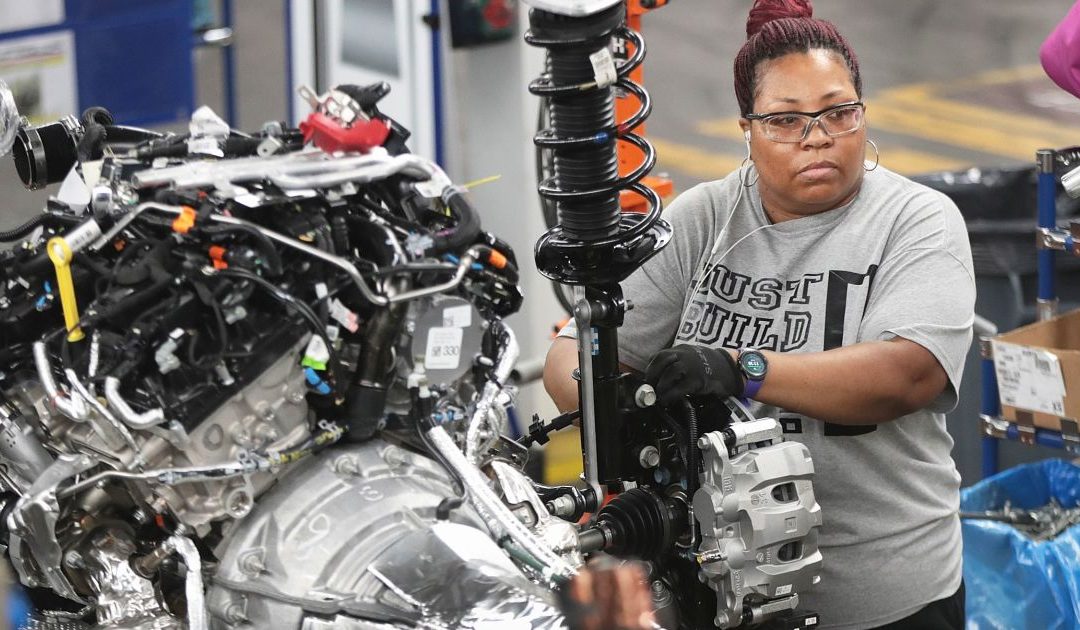 Payroll growth rebounded sharply in June as the U.S. economy added 224,000 jobs, the best gain since January and running contrary to worries that both the employment picture and overall growth picture were beginning to weaken. The unemployment rate edged up to 3.7% as labor force participation rose, according to the Labor Department.

Economists surveyed by Dow Jones had expected nonfarm payrolls to rise by 165,000 and the unemployment rate to hold steady at 3.6%. May’s initially reported growth of 75,000 had raised doubts about the durability of the record-setting expansion that began a decade ago. The May count was revised lower to 72,000.

Markets have been widely anticipating that the central bank will cut its benchmark interest rate later this month, regardless of what the June payrolls count showed.

The stock market opened lower as investors contemplated what the report might mean for expectations that the Fed will be cutting interest rates later this month in an effort to stave off a widely expected economic slowdown through the year. Government bond yields surged, with the benchmark 10-year note up nearly 10 basis points to about 2.05%.Employment report: payrollsMonthly change, seasonally adjusted, in thousandsJan ’18Apr ’18Jul ’18Oct ’18Jan ’19Apr ’190100200300400Source:BLS

The report “would seem to make a mockery of market expectations” for a quarter- or half-point cut at the July 30-31 meeting of the Federal Open Market Committee, said Andrew Hunter, senior U.S. economist at Capital Economics. The level of job growth, he added, “is still much stronger than the levels that have usually prompted the Fed to cut rates in the past and, although we do still expect the weakening economy to prompt the Fed to loosen policy, the first rate cut will probably be delayed until September.”

Market reaction shifted abruptly after the Bureau of Labor Statistics release. Traders moved the possibility of a 50-basis point cut to 8% from nearly 30% though 100% expectations for a quarter-point cut remained firmly in place.

President Donald Trump has been sharply critical of the Fed and repeated his previous sentiments later in the morning.

“We don’t have a Fed who knows what they’re doing,” Trump said, adding, as he has in the past, that the economy would take off like a “rocket ship” with lower interest rates.

Professional and business services led the job gains with 51,000, while health care added 35,000 and transportation and warehousing contributed another 24,000. Construction also added 21,000 and manufacturing, despite teetering on contraction recently, saw another 17,000 jobs added, above the 8,000 per month average in 2019 and getting closer to the 22,000 a month in 2018.WATCH NOWVIDEO02:58If the Fed cuts rates, it could extend the economic cycle, says director of global macro

The closely watched average hourly earnings number disappointed, rising 0.2% on a monthly basis against expectations for 0.3% growth. Over the past 12 months, wages were up 3.1%, also a notch below market estimates of 3.2% and indicative that significant inflation pressures remain at bay. The average work week was unchanged at 34.4 hours.

As the unemployment rate edged higher, a more encompassing measure that counts discouraged workers as well as the underemployed nudged up to 7.2%, still around its lowest level since early 2001. The labor force participation rate increased one-tenth to 62.9%, its best since March, pushing up the headline and “real” unemployment rates. The total labor force increased by 335,000 to just under 163 million while those counted as not in the labor force fell by 158,000 to 96.1 million.

Overall, the jobs report allayed fears that the labor market was weakening significantly; a release earlier this week from ADP and Moody’s Analytics had indicated private payroll growth of just 102,000, which was well below the government’s count of 191,000. Government job gains of 33,000 accounted for the balance of June’s rise.

Manufacturing activity of late has been showing signs of contracting as corporate executives complain of increased prices due to tariffs the U.S. has imposed against its trading partners.

“Today’s jobs report shows the U.S. economy continues to create jobs at a strong pace even as we enter the longest period of economic expansion on record,” said Tony Bedikian, head of global markets at Citizens Bank. “The bounce back in the June jobs number may splash cold water on the notion of an imminent Fed rate cut. We will have to see whether the equity markets can shrug that off when balanced against other macroeconomic factors, such as the hope of a China trade truce.”

A St. Louis Fed economist recently wrote a report suggesting that housing trends are consistent with a looming recession, and the bond market for months has been sending signs of a slowdown ahead. The stock market, though, was encouraged by results from G-20 negotiations last week that ended with the U.S. and China promising no additional tariffs.