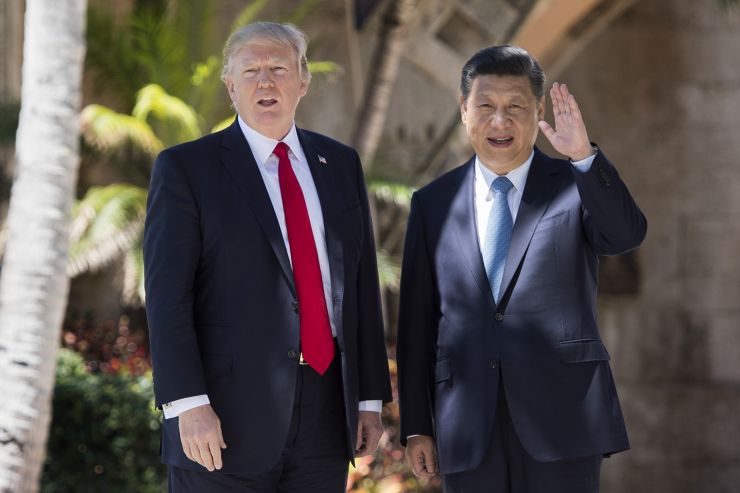 Stocks closed higher on Friday, boosted by bank shares, as investors looked ahead to a key meeting between President Donald Trump and Chinese President Xi Jinping. Wall Street also wrapped up its best first half to a year in two decades.

J.P. Morgan Chase jumped 2.7% while Citigroup, Bank of America, Goldman Sachs and Wells Fargo all closed more than 2% higher. Morgan Stanley shares advanced 0.7%. Their gains come after they passed the Fed’s annual stress test and got approval to boost dividends and share repurchase programs. Goldman hiked its quarterly dividend by nearly 50% while J.P. Morgan raised its dividend by 10 cents.

But Wall Street’s gains were kept in check as traders awaited the Trump-Xi trade meeting. The two leaders are scheduled to meet Saturday at the G-20 summit in Osaka, Japan.

“All eyes are on the G-20. It’s all anyone’s been talking about and focuses on all week,” said James Masserio, head of equity derivatives trading of the Americas at Societe Generale. “We’re definitely seeing a bid to short-term volatility. The market is bracing for a move one way or another.”

“There’s a pretty healthy premium built into short-term options,” Masserio said. “Part of that premium is this 50-50 coin flip where you could get something that’s a surprise step in the right direction or you come out with a whole bunch of nothing. Either way, the market is going to pick a short-term direction” after the G-20.

Trump and Xi’s meeting comes after the U.S. hiked tariffs on billions of dollars worth of Chinese imports last month, escalating the ongoing trade war between the two countries. China retaliated with higher tariffs of its own.

Both China and the U.S. have maintained their firm stances on trade, with the Chinese Ministry of Commerce calling on Washington to cancel its pressure and sanction measures on Huawei and other Chinese companies, while Trump reiterated a threat to impose tariffs on all Chinese imports if talks fail.

“The market is not desperate, but in need of continued evidence of progress toward resolving the trade issues,” said Ernie Cecilia, CIO at Bryn Mawr Trust. “We need to hear something specific. Maybe it’s a timetable or a targeted date to get this done. There has to be some specificity. Although at that level I’m not sure how much specificity you’re going to get in such a short time.”

Speaking to CNBC on Thursday, Morgan Stanley CEO James Gorman said that China and the U.S. must come to a truce in their dispute, otherwise “it will have a devastating effect to the global economy.”

Friday’s session marks the end of a stellar monthly performance and start to the year for stocks.

June’s sharp gains came as the Fed opened the door for easier monetary policy later this year. The Fed said earlier this month it will “act as appropriate” to maintain the current economic expansion. This lifted market expectations for a July rate cut to 100%.

“The market has the perception that the Fed is going to get easy really quickly. The data is mixed, especially on the housing front,” said Larry Benedict, founder of The Opportunistic Trader. “But I think the market may have expectations of much more than what might actually be done. The Fed may do one rate cut here as an appeasement to the market and then maybe wait a little bit longer on the next move.”