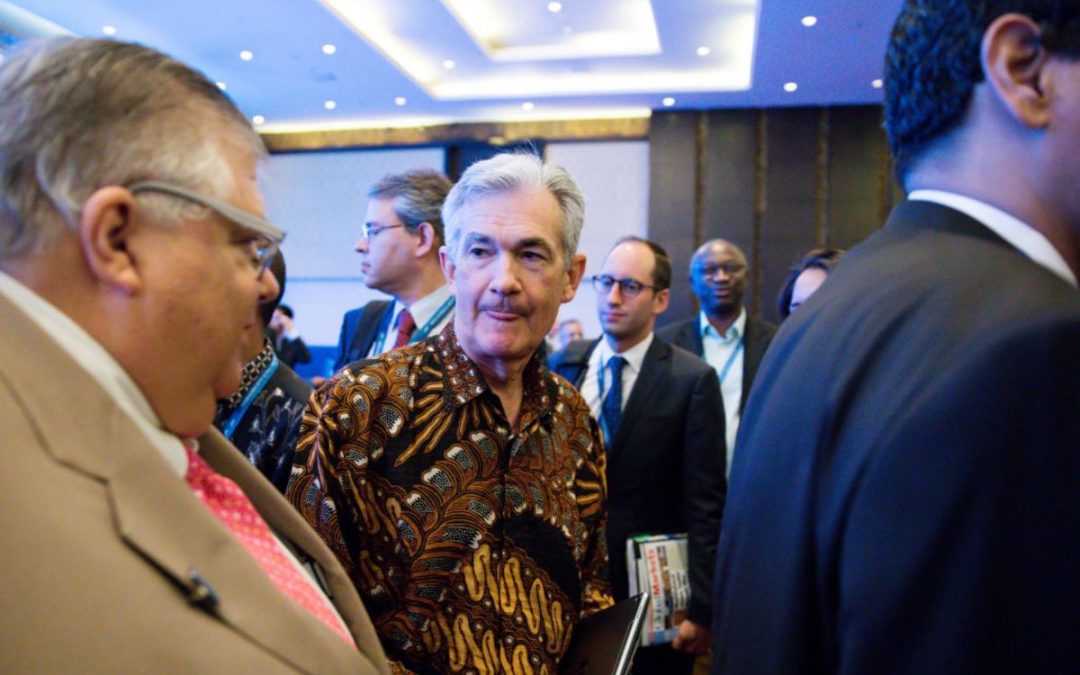 Emerging markets are pinched enough. The Fed is choosing to sacrifice some domestic growth to prevent a global crisis.

Politicians and pundits spend lots of time talking about how to generate faster economic growth in the U.S. But the Federal Reserve’s actions this week and the past six months show that it is quietly responding to global concerns instead. Central bankers know that the world can’t handle a stronger U.S. economy, and at the moment it’s more in the world’s interest to focus on weakness elsewhere rather than worry about the potential of domestic overheating.

Think back years to when the Federal Reserve started on its path to exiting some of the unconventional monetary policy put in place during the financial crisis. In 2013, the Fed signaled its intention to begin “tapering” its purchase of financial securities as it looked to start winding down its quantitative easing program, leading to a “taper tantrum” in fixed-income markets with yields on Treasuries shooting higher as market participants started pricing in future interest-rate hikes.

As the U.S. economy continued to strengthen in 2014, the timing of those interest-rate increases drew nearer, and in response the dollar started appreciating against foreign currencies. Between the middle of 2014 and early 2015, the Bloomberg dollar spot index increased by 20%. This coincided with a plunge in the price of oil and other commodities.

This created strains on emerging-market economies, which were suddenly battling declines in the price of key commodity exports and declines in the value of their currencies. To stave off capital flight required raising interest rates to match the hawkishness of the Federal Reserve, with that tightening of monetary policy creating more negative ripple effects for already weak economies.

Investment in commodity exploration and production plunged in response to falling prices. Industrial companies that made equipment for commodity producers saw drops in orders. Emerging-market currencies weakened against the dollar, and credit spreads widened as nervous investors worried about the prospect of defaults. As spillover effects came back to the U.S., it turned out to be the largest decline in year-over-year industrial production in history that did not coincide with a recession.

This global cycle hit bottom in early 2016, leading to a rebound that lasted through 2018 and the early part of President Donald Trump’s first term. The tailwind from that cyclical rebound, perhaps combined with improved business sentiment following his election and the prospect of tax cuts, gave the Federal Reserve the confidence to ramp up interest rate hikes in 2017 and 2018, with the Fed increasing the overnight funds rate by 1.75% over the course of those two years.

But as the rebound began to flatten in early 2018, the continuing increases in interest rates from the Federal Reserve started putting upward pressure on the dollar again, once again straining economic growth in the rest of the world.

The Fed’s abrupt course change over the past six months can be seen as bowing to those global pressures. Global data is weak, business confidence in the U.S. has turned down, and tariff uncertainty persists – but the U.S. consumer remains strong. It’s not clear how much the global weakness and negative business sentiment will ultimately mean for growth domestically.

This whole dynamic raises an uncomfortable question for those trying to engineer faster growth in the U.S. If the result of faster growth in the U.S. is somewhat higher inflation, a stronger dollar and higher interest rates, the rest of the world, which is trapped using the dollar as a funding currency given that it’s the global reserve currency, would probably find this an unwelcome development. That long-awaited “Infrastructure Week” in the U.S. could lead to an economic crisis in Latin America.

The Fed is fortunate in a way to have been unable to generate above-target inflation, and to have a sclerotic Congress unable to implement much in the way of fiscal stimulus to generate faster growth. That has given U.S. central bankers the breathing room to defer to global jitters. In a world where there’s both above-target inflation domestically and global problems resulting from the world’s reliance on the dollar, the Fed may be forced to focus on its domestic mandate at the expense of global financial stability.