Indian consumption is slowing, so the country is looking for a boost from exports 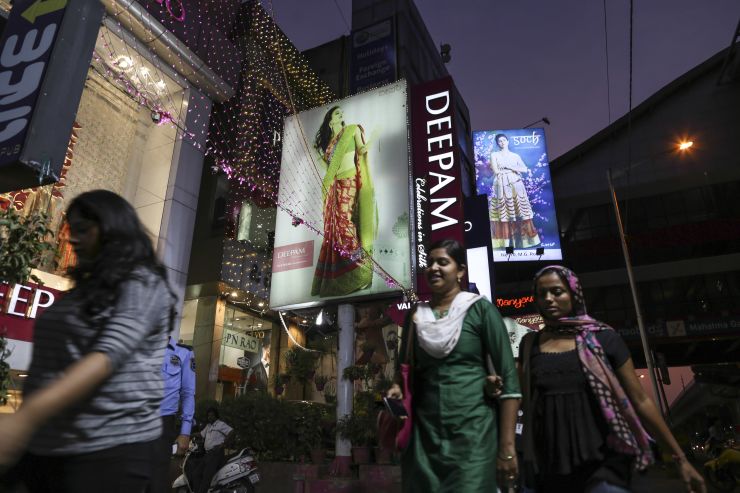 The country now wants to pivot away from that reliance on consumption, and move toward exports — typically not a key driver of its economy — to generate growth instead.

Sanjeev Sanyal, principal economic advisor at India’s Ministry of Finance, said Tuesday that the country’s plan for an “exports-oriented economic policy” is in play.

“Many people often say India’s story is about the return of consumption. We are challenging that,” he told the Nomura Investment Forum in Singapore.

In fact, the present moment may be offering an opportunity to do just that, he said, adding that India should view the ongoing U.S.-China trade dispute as a chance to win some of the international export market.

“Do not worry about the fact that the global exports environment may or may not be conducive. Our share of global exports is so small … The fact that global supply chains are disrupted should be seen as an opportunity,” Sanyal said.

His comments came amid doubts that consumption can continue to be a strong driver of Indian growth. The last few months have featured a slew of weak sales data for key sectors in the country.

Additionally, data showed the country’s economy grew 6.6% in the last three months of 2018 — the slowest pace in five quarters. India’s top industry body — the Federation of Indian Chambers of Commerce and Industry — flagged that slowing growth as a “serious concern” and said the big worry was that domestic consumption was not growing fast enough to offset a weakening global economic environment.

Meanwhile, the Reserve Bank of India trimmed its growth projection to 7.2% for the 2020 financial year, from an earlier target of 7.4%.

The move toward export-driven growth would come with a few key tasks: identifying the type of goods and services to export and determining what’s needed to support those sectors, according to Sanyal.

“New areas could be areas like defense, for example … even in areas like services exports where we are big but, in fact, we are not growing as fast as we should be. We need to also revive our IT industry and get that going. The key here is we need to find whichever sectors, focus on those clusters, help them out,” Sanyal said.

But Sanyal stressed that India will not be “using our exchange rate in any strategic way” in a bid to make its exports more attractive, in response to a question which suggested that China, which was a trade powerhouse in the 2000s, relied on a weaker yuan to drive its sales.

“We do have a tilt towards accumulating reserves in general, but we do not want to use the exchange rate as an active weapon … Even in the case of China, they made one big devaluation, (but) the rest of the time actually they really played the game through productivity gains,” he told the conference.

“And we have got to do that productivity gain, there is no escaping it,” concluded Sanyal.