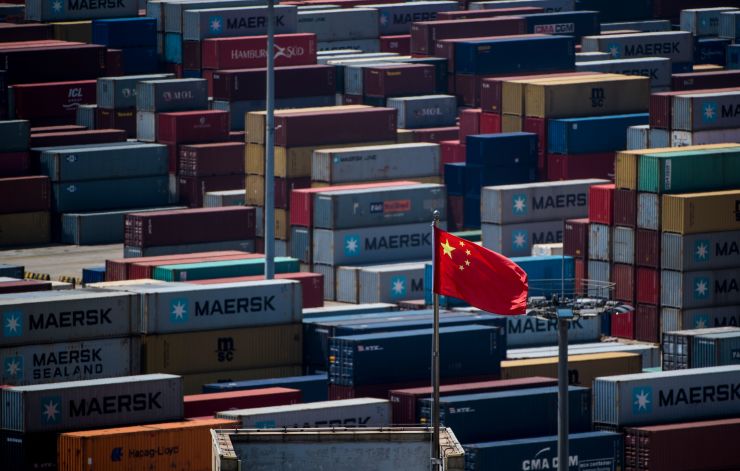 China’s domestic media is rallying the country’s population with messages of standing firm against American “bullying,” while Chinese government-aligned experts are stressing to an overseas audience that the U.S. will need to negotiate.

The world’s two largest economies have been locked in a trade fight for more than a year. Both sides appeared to be making progress until early this month, when President Donald Trump accused China of reneging on a deal and raised tariffs on an additional $200 billion in Chinese products to 25%. Beijing retaliated with raising levies on $60 billion worth of U.S. products.

Now, there have been no announcements about the next round of talks, and markets await some signal about the future of the trade war that’s roiled stocks over the last year. Throughout this current lull, China’s state-run newspapers and television channels have taken an increasingly anti-American tone. Still, the country’s expert class is emphasizing what the U.S. has to gain from cooperating with Beijing.

“In the next 20 to 30 years, the U.S. shouldn’t miss out on this opportunity and lose the China market,” Wei Jianguo, a former vice minister at China’s Ministry of Commerce, told CNBC in an interview Wednesday. He is now vice chairman and deputy executive officer at Beijing-based think tank China Center for International Economic Exchanges.

“Personally, I think, as long as there is negotiation, then there will be results,” he said.

On the same day, two speakers addressing foreign reporters at a small press event organized by the government’s main information office echoed some of Wei’s sentiments.

“My personal view is that, from the perspective of U.S. businesses, if the trade war continues, it will … have a negative impact on what was a good relationship between U.S. and Chinese businesses,” said Li Yong, deputy director of the expert committee at the China Association of International Trade, which falls under the Commerce Ministry’s direct leadership. “At the end of the day, the image and influence U.S. businesses have developed over the long term will (be affected). It’s a pity.”

The other speaker, Zhang Yansheng, head researcher at the China Center for International Economic Exchanges, also emphasized that Beijing would like to keep negotiating with the U.S. It could even be a years-long process that cycles through negotiation and fights, he said.

The tone stands in contrast to state-run media, whose Chinese-language reports in the last two weeks have promoted the country’s ability to defy pressure from the U.S. For the last several days, the national broadcaster CCTV has also been airing anti-U.S. movies set during the Korean War.

On Wednesday, the prime-time evening report featured Chinese President Xi Jinping’s visit earlier in the week to the province of Jiangxi. The Chinese leader’s remarks during the visit about rare earth elements as an “important strategic resource” and a “new Long March ” signaled to many that Beijing is resolved not to bend to American demands.

Who needs a deal?

At Wednesday’s news conference, Li said China is in a position where it can’t appease American demands.

“Originally, we believed that in the U.S.-China economic trade relationship … we could mutually cooperate and rely on each other,” he said in Mandarin. “But now we need to revisit this.”

Analysts generally agree that, right now, Beijing still depends heavily on the U.S. as an export market. Last year, China was the largest supplier of goods to the U.S. at $539.5 billion, according to the Office of the U.S. Trade Representative.

China is trying to transform its economy into one driven by consumption rather than manufacturing. The country hosted its first import expo last fall in an effort to bill itself and its hundreds of millions of consumers as a buyer of the world’s products.

Still, he added that “it’s weird to use the language of ‘need’” because “obviously the U.S. would like to have access to the Chinese market.”

Many foreign companies also want to tap the massive Chinese market. But complaints about unfair treatment compared with local businesses, the forced transfer of technology and a lack of intellectual property protection have become major sticking points in the trade war.

China has been removing ownership restrictions in some industries such as financial services and autos. This March, Beijing also rushed to pass a new foreign investment law that officially prohibits forced technology transfer and increases the protection of intellectual property rights. In June, the government is also set to release an expanded list of industries to which foreign businesses can have access.

“I believe that in China’s reform and opening up, this year will see the most intense promulgation of new government policies, the biggest year, the biggest strength, and the most documents,” Wei said. “Why? Because we have realized we need to ‘accelerate’ (progress in this area).”

Some have hoped the trade tensions would push Beijing toward important changes to the structure of its economy. China’s official GDP growth last year came in at the slowest pace since 1990 and the rate is expected to fall further this year.

It will likely take far more time and effort to change American sentiment on China, however. The latest economic data show a healthy U.S. economy.

As it now stands, the only U.S.-China agreement that appears on the immediate horizon is whether Trump and Xi will meet at a G-20 meeting in late June.