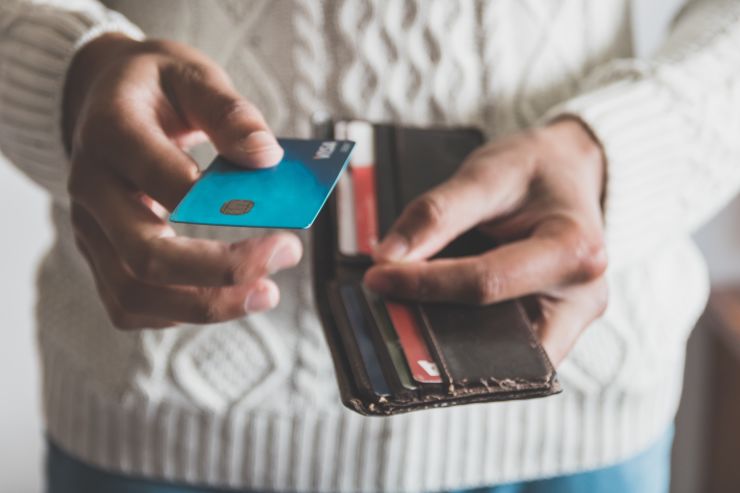 It costs more than ever to pay with a credit card. Consumers may be spending less as a result, which could be a drag on economic growth.

Americans now pay their banks an average 16.9% interest on credit cards — the highest level ever, according to the Federal Reserve. The skyrocketing borrowing rate does not bode wellfor the economic health of consumers, and therefore U.S. growth.

“This is key because of the obvious influence that consumers have on on the overall economy,” said Peter Boockvar, chief investment officer of Bleakley Advisory Group. “The trajectory is is creeping up and is something that we have to watch closely.”

With global trade slowing and worries about exports, Boockvar said the U.S. consumer has been a bright spot. Unemployment is at a 50-year lows and wages are rising. But softer-than-expected consumer spending data this week called some of that strength into question. U.S. retail sales fell 0.2% in April, the Commerce Department said Wednesday. Retail sales make up about one-third of consumer spending, which drives most economic activity.

Softness in consumer spending briefly spooked stock markets this week, which were already seesawing thanks to trade-war uncertainty. While it’s hard to quantify to what extent, Boockvar said that retail weakness could have been partially due to the high cost of credit.

“This is one of the factors that is keeping things in check,” Boockvar said. “Maybe these very high interest costs are overwhelming people’s ability to pay back. It also coincides with a decline in say the savings rate and rising gasoline prices and is something we ought to pay attention to.”

The Federal Reserve’s recent rake hikes have caused an increase in borrowing rates across the board, with credit card rates well above other forms of debt. For instance, the average 60-month auto loan rate is around 5.2% and the personal loan rate is about 10.4%, according to the Fed.

The Fed’s short-term lending rate is now targeted between 2.25% and 2.5%. However, it has gone up nine times since December 2015 and has triggered increases across the board in consumer debt instruments, due in part because it costs banks more to borrow.

Boockvar said the main reason for the higher-than-average spike in card rates is because of post-financial crisis regulation. In 2009, Congress passed the Credit Card Accountability, Responsibility, and Disclosure Act. Among other things, it limited the flexibility banks would have to raise interest rates on credit card holders.

“The unintended consequence, which there always is when restrictions are placed on the free market, was that banks then started off the credit card rate at a higher level than otherwise,” Boockvar said in a note to clients this week.

Another reason for higher borrowing costs from banks is a need to pay for those flashy rewards. Banks are luring in customers with travel and spending offers, or the occasional a cash bonus to sign up. They need to be paid for, somehow.

“Who do you think pays for all the rewards we receive by utilizing our charge cards? Banks recoup the costs via higher card rates,” Boockvar said.

After a lull in the financial crisis, credit card issuance has mostly rebounded. According to Federal Reserve data, more than 60 percent of the population has at least one credit card account.

Another potential warning sign to watch is credit card delinquencies. In the first quarter, the amount of people unable to make a credit card payment hit the highest level in seven years, according to a report by the New York Fed this week, using Equifax data. People between the ages of 18 and 29, so-called millennials, drove the spike in overdue payments.

“Credit card delinquency rates have been trending upward in the past few years—likely reflecting, in part, the increased presence of younger borrowers in the credit card market,” Andrew Haughwout, senior vice president in the microeconomic research group of Federal Reserve Bank of New York, said in a blog post this week.