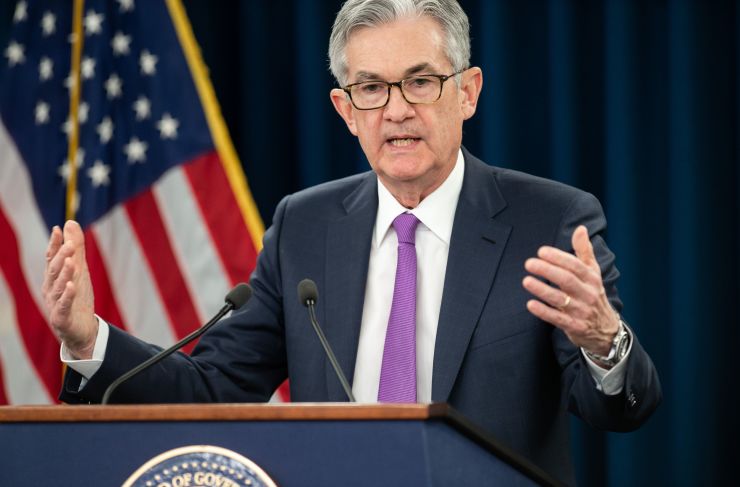 Before the trade war took control of the markets, President Trump versus the Federal Reserve was the top battle with the ability to make-or-break stocks.

Now, some market pundits are speculating that if the Dow dive caused by the trade war flare-up between the US and China continues to weigh on the wealth of Americans, it will suit Trump’s old goal of pushing the Fed to cut rates more.

But the market itself — the publicly traded companies that comprise the trillions of dollars in stock value — won’t be lining up to support another Fed rate cut, according to a recent CNBC survey.

CNBC asked chief financial officers at some of the largest companies in the U.S. and around the world if they agree with Trump about the need to make current interest rates even lower. Not a single U.S.-based CFO agreed with Trump’s push for another rate cut and globally only 4% of CFOs took Trump’s view of Fed policy.

The CNBC Global CFO Council represents some of the largest public and private companies in the world, collectively managing nearly $5 trillion in market value across a wide variety of sectors. The second quarter 2019 survey was conducted between April 23-30 among 45 members of the council.

The percentage of CFOs who expect the Fed to take no action on rates over the remainder of 2019 spiked from 30% in Q1 to 69% in Q2. The percentage that still expect one rate hike declined from over 40% to 22%, while only 2% of CFOs indicated they think a rate cut is coming before the end of the year.

If the trade flare-up transitions into a prolonged trade war and causes the Chinese economy to plummet, and consumer prices in the US to rise so much that the pain at home is severe, a reevaluation may be necessary. CFOs surveyed did raise their view of the Chinese economy from “declining” to “stable” in the second quarter survey.

However, CFOs surveyed by CNBC also said that ending tariffs is not necessary to end the trade war.

Chief financial officers, like just about everyone else, may have been surprised by the sudden change in what seemed like a trade war nearing its end. In the survey only 10% of U.S.-based CFOs cited the trade war as the biggest risk their business was facing. But more (15%) did say China itself was their biggest external risk factor.

One of the most complicated inputs to Fed policy is inflation, which has been running below the Fed’s target of 2% but which Fed chairman Jerome Powell recently described as a “transitory” type of low inflation.

On Friday morning Trump tweeted amid the trade meetings with China in D.C. and the release of the latest Consumer Price Index data, “Really good, very low inflation! We have a great chance to ‘really rock!’”

U.S. consumer prices rose in April but underlying inflation remained muted, suggesting the Federal Reserve could keep interest rates unchanged for a while.