US tariffs on China jump as deadline passes, China immediately says it will retaliate 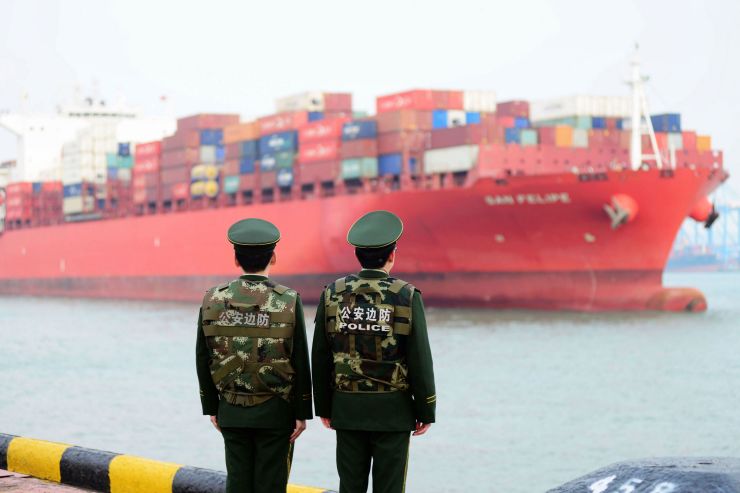 President Donald Trump raised the stakes in his trade conflict with China as the U.S. increased tariffs on $200 billion in Chinese goods on Friday.

Despite the escalation in the trade war, the Shanghai Composite rose 3% and the Shenzhen soared 4%. U.S. stock futures were down only slightly Friday after a volatile week stemming from uncertainty in the negotiations.

China’s Commerce Ministry said immediately after the midnight ET deadline for the tariff hike that it would take countermeasures against the American move. It did not announce what its response would entail but said it “deeply regrets” the turn of events.

It had been hoped that a resolution could be reached by the two sides prior to the deadline for the tariff hike, but no deal materialized. Trade talks between the world’s two largest economies are set to continue on Friday.

Despite the ongoing talks about a trade agreement, the Trump administration is hiking duties on the products from 10% to 25%.

The move risks widening a trade war that has spooked investors and raised fears about global economic damage. Only a week ago, the White House was boosting hopes that the U.S. and China would resolve their trade dispute this week and potentially have a deal to announce.

Beijing promised “necessary countermeasures” this week if the U.S. raised tariffs but did not specify the actions it would take to retaliate.

Trump first announced the tariff increase Sunday as the White House accused China of reneging on key parts of a developing agreement. On Wednesday night, he claimed Beijing “broke the deal” — a remark that sent Asian and U.S. stocks tumbling Thursday. U.S. equity markets recovered later in the day after Trump said a deal was still possible this week. He added that he received a letter from Chinese President Xi Jinping and could speak to his counterpart on the phone.

Still, the engagement between Washington and Beijing this week did not prevent Trump from following through on his threat. Ahead of the tariff increase, the president called duties an “excellent” alternative to a trade deal, saying they brought in “billions” for the U.S. government. U.S. consumers bear the brunt of the tariff costs, not China, as Trump has argued.

Industries and businesses affected by the tariff hike will not feel the effect right away: It will apply to goods exported after May 10, according to the Office of the U.S. Trade Representative. It will not affect products already in transit to the United States.

Trump has prepared to put even more pressure on China as he pushes for an agreement. The president has threatened to slap 25% tariffs on $325 billion in Chinese goods that remain untaxed.

The president entered the White House promising to crack down on what he calls Chinese trade abuses and has made a deal a priority ahead of his November 2020 bid for reelection. The White House aims to resolve grievances such as intellectual property theft, forced technology transfers and trade deficits.

Patience has grown thin in parts of the U.S.: Farmers in key electoral states want Trump to sign a deal.

So far, the U.S. has slapped tariffs on $250 billion total in Chinese products. Beijing has put duties on $110 billion in U.S. goods.

China took a tougher stance in negotiations after getting a sense the U.S. may be willing to compromise, according to The Wall Street Journal. The view came in part from the fact that Trump called for Fed Chairman Jerome Powell to lower interest rates, which could have signaled that the president thought the economy was in worse shape than he publicly said.