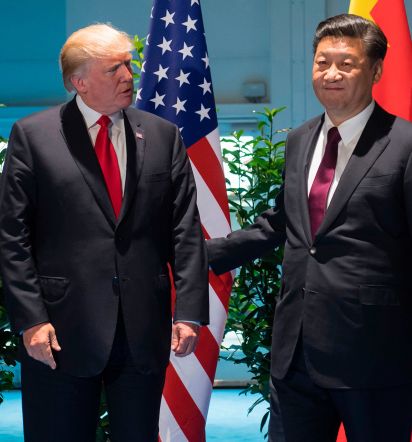 European stocks saw a sell-off on Monday, after President Donald Trump said the U.S. would hike tariffs on goods from China.

Germany’s DAX and France’s CAC closed down by around 1%, trimming some heavy losses seen earlier in the session as sentiment improved on Wall Street. In the U.K., markets were closed due to a public holiday.

The sell-off was quite significant in auto stocks, which dropped more than 2% by the end of the session. Trading was mostly affected by news overnight that the U.S. could impose further duties on China. Trump said he had decided to raise current tariffs from 10% on $200 billion of Chinese goods to 25% on Friday. In a Twitter post, he also threatened to impose extra 25% levies on an additional $325 billion of Chinese goods “shortly”.

Chinese markets plunged more than 6% on the news. Officials in Beijing are considering whether to back out of trade talks with the U.S. that were scheduled for this week. Both countries had indicated over the last weeks that they had made progress in their trade discussions.

In the U.S., stocks fell but managed to recover a good chunk of those losses around late-morning trading.

In the corporate world, ThyssenKrupp said it is still looking to reach an agreement with European antitrust regulators on a planned joint venture with Tata Steel, Reuters reported.

Elsewhere, the European Commission is reportedly set to launch a formal investigation into Apple in the next few weeks. According to the Financial Times, this is on the back of a complaint filled by Spotify earlier this year.

Purchasing managers’ index (PMI) readings for the euro zone showed some weakness in the region. The IHS Markit index came in at 51.6 in April from a reading in March of 51.6.

“In total, the PMIs tell a by now familiar story. Manufacturing is still under pressure from falling new orders and production, which is eating into work backlogs and employment growth. In services, however, business conditions are much better even though growth in output and new orders have slowed in the past six-to-12 months,” analysts at Pantheon Macron said in a note.