Massive Saudi wealth fund zeros in on China, but US remains its top investment target 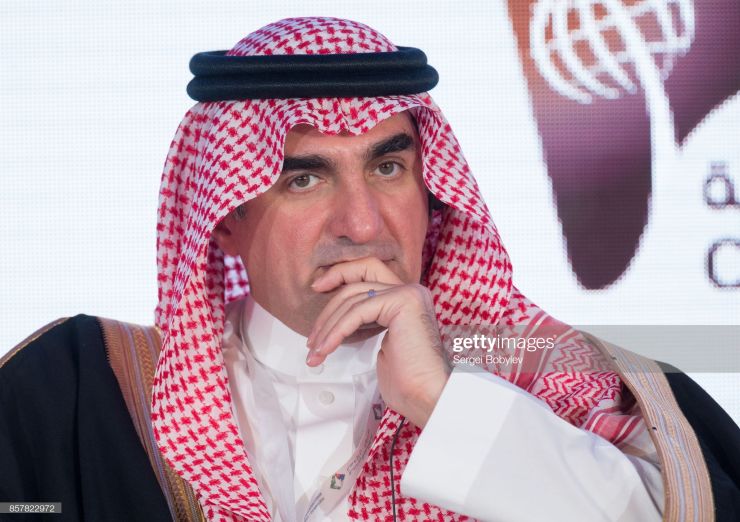 Saudi Arabia’s massive sovereign wealth fund has its eye on China as it expands international investments, though its “No. 1 target” remains the U.S., its managing director told CNBC on Tuesday.

The Saudi Public Investment Fund is one of the Middle East’s largest, with some $300 billion in assets under management and an aim to increase that to $2 trillion by 2030 as it aggressively invests in both domestic and international markets.

“We’re opening up in New York and London, San Francisco. Now I’m thinking seriously even to accelerate the Asia office because we see a lot of potential over there,” Yasir Othman Al-Rumayyan told CNBC’s Hadley Gamble during the Milken Institute Global Conference in Los Angeles.

“This is the first time for me to go out and meet asset managers, companies, Chinese entrepreneurs, and they are really very impressive,” Al-Rumayyan said, speaking on the topic of China. “The GDP growth now is, I think, at 6.25% which is larger than most of the other countries around the world. But the concern is it came down from 11-plus percent. I don’t mind growing the 6% if I’m entering now in China. The Softbank Vision Fund also deployed big amounts of money in China and some of the Chinese companies. So we are OK in the longer term.”

Al-Rumayyan, who has served as the fund’s director since 2015, was recently in Beijing for a forum on China’s Belt and Road Initiative, which culminated in billions of dollars worth of deals to expand the flagship Chinese project that seeks to invest across Asia, Africa and parts of Europe.

But the fund’s primary aim remains the U.S., Al-Rumayyan said.

“The U.S. is our No. 1 target of investments. Most innovation happens in U.S. We have deployed directly and indirectly more than $50 billion in the past two years in the U.S. So that’s a big demonstration to the interest that we have here.”

The PIF agreed to partner with investment company Blackstone in 2017 for a new venture designed to invest more than $100 billion in U.S. infrastructure assets. The Saudi fund will commit $20 billion to the venture, which is expected to have $40 billion in total equity commitments in a permanent capital vehicle. It has also invested billions in Silicon Valley tech companies through Softbank’s Vision Fund, and in 2016 sent Uber $3.5 billion in a lump sum.

“We are considering the rest of Asia, we’re considering Europe to some extent, Africa is a good target for us,” the managing director said.

“We haven’t done anything yet but we’re really looking at some of the opportunities. Of course, Saudi, mainland investment is currently 86% — it was 98% of our assets under management and the asset allocation will start going lower as the years go by until we reach and in year 2030 — we should be 50% international and 50% domestic,” he said, adding that the strategy will help the fund reach its goal of $2 trillion in assets under management by 2030.