In a trade deal with China, the US may get an empty shell 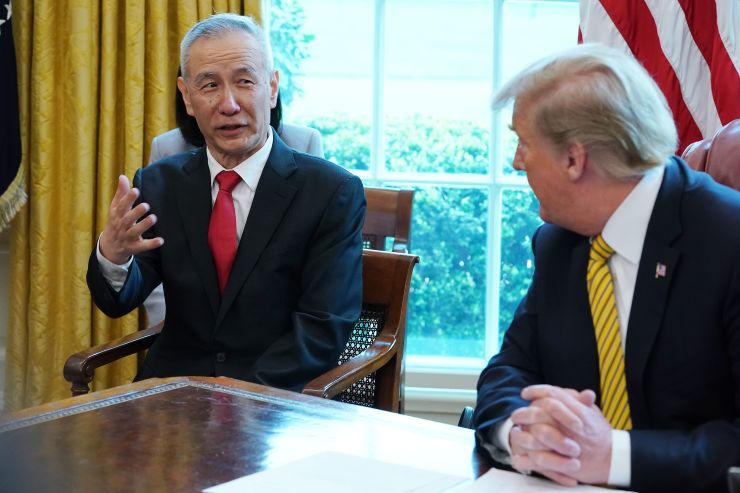 Market operators expecting a strong and sustained boost to equity prices from a trade deal with China are unlikely to even get a flash of a trading event. That’s what one should expect from a widely discussed negotiating process, misleading announcements of an imminent American win, and Beijing’s puzzling silence or cryptic comments.

The disappointment will be complete when markets take a closer look at the outcome of an apparently intensive trade engagement with China over the last two years.

Large U.S. deficits on China trades will still be there, with Beijing rejecting American accusations of stealing intellectual property, using joint ventures to force technology transfers to Chinese firms, or subsidizing its industries for competitive advantage.

All that has been foreshadowed during Chinese leaders’ visits to the European Union in late March and early April of this year. Those key issues raised by the U.S. were carefully skirted as Chinese President Xi Jinping signed up Italy to China’s Belt and Road infrastructure investment initiative, got a cautious interest of France and Germany and left the door open for Chinese 5G technologies.

Chinese Premier Li Keqiang took that a step further during the EU-China annual summit, and got an enthusiastic welcome for China’s infrastructure and industrial investments at the 16+1 summit with East European and Balkan countries.

Apart from Chinese investments and technology, the Europeans were mainly interested in a more liberal access to Chinese markets with reciprocal investment regimes and business regulations.

Xi touched upon some of those issues in his opening speech to the Belt and Road Forum in Beijing last Friday. While talking about the setbacks to multilateralism and free trade (a dig at the U.S.), he pledged China’s openness to foreign investments, international economic policy coordination, increasing imports of goods and services and strengthened international cooperation in protecting intellectual property.

The meeting’s communique, approved by 37 heads of state and government, endorsed “a universal, rules-based, open, transparent and non-discriminatory multilateral trading system with WTO at its core,” and encouraged “greater cooperation on innovation, while protecting intellectual property rights.”

The U.S. sent no representatives to the Belt and Road meeting in Beijing.

Some German media billed Xi’s keynote speech as  “cheap words,” apparently peeved by the fact that the Italian and Hungarian prime ministers were seated in the front row, while many European dignitaries, including those from Germany, were shunted to the back of the conference venue.

Germans do it differently

As always, the Europeans are happy to pocket the benefits of U.S. pressure that forced Beijing to change its trade rules and practices.

But they also do things differently. Here is the German example.

During his speech in Beijing last Friday, German Minister for Economic Affairs and Energy Peter Altmaier said that “we shall take seriously (Xi’s) promises.” Washington, however, wants to codify the Chinese “promises” in the form of binding legal documents, drawing out the negotiating process and allowing China to keep recording surpluses on U.S. trades.

Germans did not negotiate; they ran down China’s trade surpluses 27.1% over the last three years. But Washington wanted to talk while its trade deficit with China soared 11.6% last year.

A much more interesting difference is the way Germany and the U.S. manage their trade with China.

A decline of China’s trade surplus with Germany over the last three years was due to a 22.5% increase of German exports.

Clearly, Germany relies on pragmatic and reciprocal measures to manage trade and investments with China, while the U.S. wants structural reforms of the Chinese economy, with changes in the way China manages its aggregate demand and industrial policies. And to make sure China does all that, Washington insists on an enforcement mechanism with a permanent threat of trade sanctions.

Germany, and the EU trade commissioner, are not asking China for a similar bilateral trading regime.

The other much more important difference is that, unlike Germany and the rest of the EU, the U.S. is locked into an adversarial strategic posture with China in a number of acute security crises in the Indo-Pacific region. The U.S. is also competing with China for technologies that will determine global military and political dominance in the years to come.

U.S.-China trade is an essential part of that nexus.

China accepts trade rules and practices it claims to have never violated. Those are World Trade Organization regulations that Beijing — and America’s close friends and allies — want at the core of an open, transparent and rules-based multilateral trading system.

The U.S., therefore, has not much to disagree with. But China will not submit to an intrusive American trade enforcement procedure with triggers of discretionary and unilateral sanctions.

If that is the “right deal” that Washington wants, then there won’t be a deal. A face-saving legal contraption is possible, but that is a different story.

The bottom line is this: Looking for the “right deal” that hits China’s red lines, the U.S. is likely to get an empty shell, worsening U.S.-China relations and various trade impediments to bilateral flows of commerce and finance.

Wall Street should take that in stride, remembering that the Federal Reserve is the only real rainmaker.

And here is a postscript: The U.S. cannot forge a common trade front with Europe and Japan — friends and allies whose security is underwritten by American taxpayers.