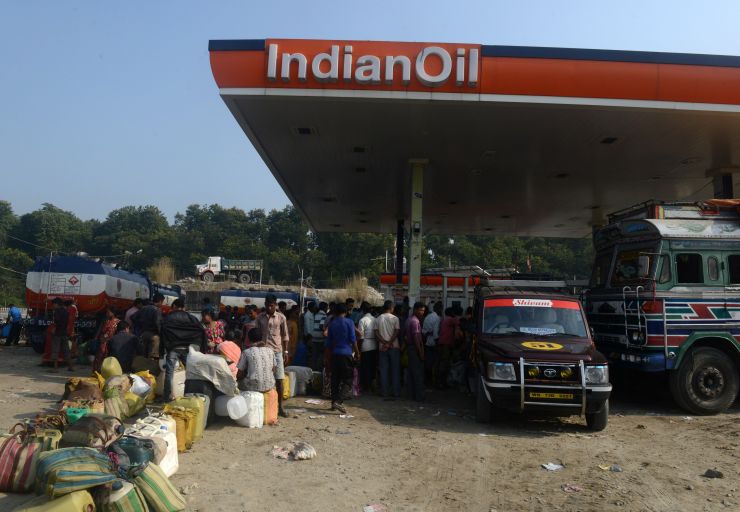 Surging oil prices and monsoon fears are driving up the risk of higher inflation in India, experts warn — even as the central bank appears poised to cut rates further, adding more pressure to increasing prices.

“The best situation would be persistent low inflation rate, which is behind us. Inflation rate has already bottomed and is expected to go higher in the period ahead,” said Prakash Sakpal, Asia economist at Dutch bank ING.

“Food and oil-related fuel and transport prices are coming back in play as sources of higher inflation,” he told CNBC.

The Reserve Bank of India has set a long-term inflation target of 4 percent, and a medium-term target of between 2 and 6 percent. Government data showed that in February, India’s consumer price index surged to a four-month high of 2.57 percent — from 2.05 percent in January.

Core inflation stayed at about 5.5 percent in February.

“With such a backdrop, I won’t be surprised if core inflation re-accelerates above 6 percent in the period ahead, the level where it was just six months ago,” Sakpal added.

While core inflation excludes volatile fuel and food prices, rising energy costs would continue to put pressure on the consumer inflation through higher transport costs and heavy household use of petrol and diesel in India, experts say.

Oil prices surged to five-month highs on Monday, past the $70 per barrel mark for global benchmark Brent crude — with no signs of abating. It came amid supply cuts by the Organization of the Petroleum Exporting Countries (OPEC)and U.S. sanctions on oil-producing countries such as Iran and Venezuela.

Meanwhile, escalating violence in Libya, a key oil producer in OPEC, is causing fears that war could soon break out between political factions in the volatile North African country.

The most significant near-term risks to India’s inflation outlook stem from a potential uptick in global energy prices and the impact of the monsoon season on food prices, said Rajiv Biswas, Asia Pacific chief economist at IHS Markit.

“India is particularly vulnerable to rising world oil prices as it is heavily reliant on imported oil and gas for its domestic energy requirements,” Biswas added, citing the OPEC cuts and unfolding conflict in Libya.

Research firm Capital Economics forecast another rise in consumer inflation to 2.8 percent in March, with a pick-up in food prices which have risen to a 13-month high. The sharp fall in vegetable prices also appeared to be bottoming out, it said in a Monday note.

Meanwhile, predictions by weather agencies are triggering fears that this year’s monsoon season — critical to the country’s huge farming sector — could lead to lower rainfall and affect harvests.

The Reserve Bank of India said last week that “the short-term outlook for food and fuel inflation remains benign” but some uncertainties around the prospects for the monsoon persisted.

“The outlook for oil prices continues to be hazy, both on the upside and the downside. Inflation excluding food and fuel has remained elevated, but has shown some moderation compared to the first half of 2018-19,” it added in its policy statement

India on an easing path

Analysts are skeptical about the rate cuts taking place just before a crucial election in April and May, as a stronger economy could help boost the standing of Prime Minister Narendra Modi.

But Capital Economics warned that “with core inflation still elevated, we think that further policy loosening will prove to be a policy mistake.”

“What’s more, fiscal policy has been kept loose ahead of the elections. The additional boost to demand from looser monetary policy is therefore likely to fuel inflation,” it added.

“The longer-term concern is that the RBI’s independence is being eroded,” the research firm warned, saying that. “Any perception that policy is being kept loose for the benefit of the government could reverse the success the central bank has had in reining in price pressures over the past five years, and lead to a permanent rise in both inflation expectations and actual inflation over the medium term.”

India has managed to bring down its price pressures rather significantly in the last few years. According to data from the World Bank, CPI rose by 3.328 percent in 2017, compared to an increase of 10.908 percent in 2013.

“I view two RBI policy rate cuts this year being premature, non-proactive moves. Indeed, growth is slowing. But not to the extent of warranting an aggressive move,” said ING’s Sakpal.

There’s “nothing the RBI policy can do” about supply-side influences on inflation, such as monsoon season and oil prices driving food and fuel prices, he said. Rather, the central bank should use higher rates to adjust future consumer demand for food and fuel.

“Monetary policy is more effective in influencing the demand and it could have been proactively guided toward pre-empting future demand-pull price pressure. Not fueling it by cutting the interest rates,” Sakpal said.

Biswas of IHS Markit, however, said inflation numbers are currently still well within the central bank’s target range. But with core inflation already past 5 percent and the headline CPI expected to inch up, he said it signals the RBI “is unlikely to have scope” for further rate cuts in the near term.