Discusses the reconstruction of Yemen. A forum for economic leaders begins its work in Cairo. 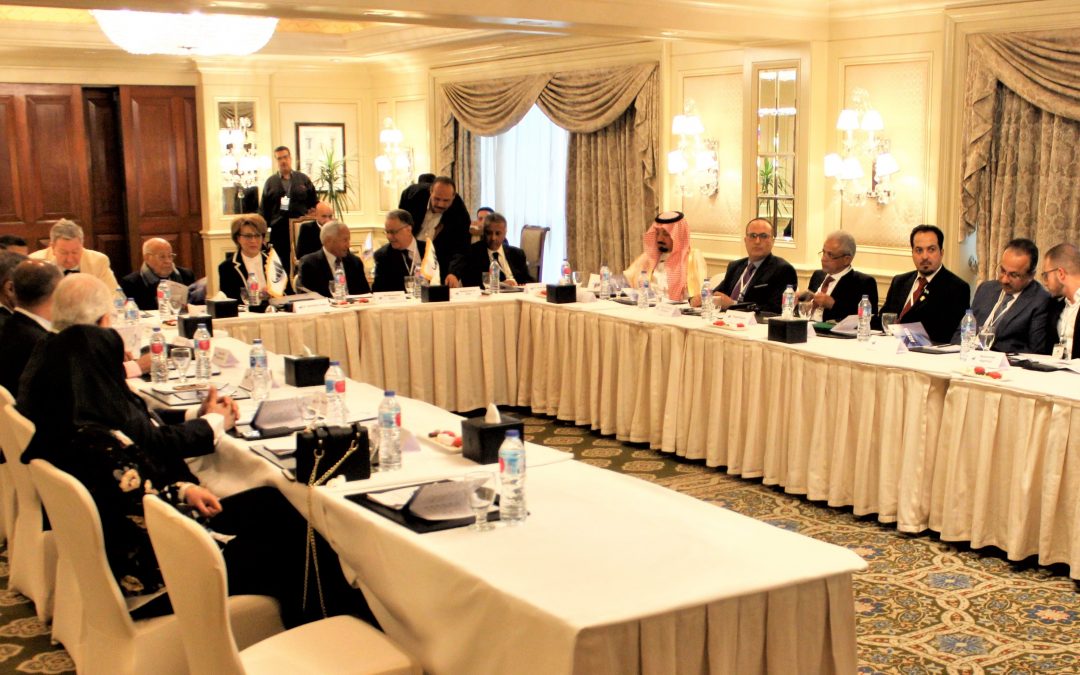 The first day of the Economic Leaders Forum of the Sustainable Development Forum to discuss the reconstruction of Yemen was launched today in Cairo, including the businessmen and the private sector, where the founding members of the Forum: Mr. Mohamed Abdo Said and Dr. Omar Abdel Aziz attended the seminars. Al-Sisi, Vice-President of the Council of State in the Arab Republic of Egypt, in the presence of former Prime Minister Mohsen Al-Aini, Saif Mohsen Al-Sharif, Advisor to the President of Yemen for Reconstruction; Saqr Chairman of the Gulf Research Center and Sheikh Saleh Shuaila.

It is noteworthy that this conference is the first held by the Economic Forum for Sustainable Development in Cairo and will continue from 1 to 3 April with the active participation of its members and founders, headed by the Chairman of the Forum, Dr. Manahel Thabet and the founding members Mr. Mohamed Abdo Hael and Dr. Omar Abdel Aziz. The Council of State of the Arab Republic of Egypt, HE the former Prime Minister Mohsen Al-Aini, HE Saif Mohsen Al-Sharif, Advisor to the President of Yemen for Reconstruction, and HE Mohamed Mohamed Al-Rabie, Secretary General of the Council of Arab Economic Unity. Dr. Ziz Abdul Ghani, Mr. Nashwan Ibrahim Al-Hamdi, Mr. Fouad Anam, Dr. Abdullah bin Marei bin Mahfouz, Mohammed Al-Harbi, Counselor Raymond Kean and Economic Advisor David Maisi, in addition to the participation of a group of economists, finance and investment.

This forum is held under the auspices of the Council of Economic Unity of the Arab League, where the options discussed in the capabilities of development and investment in Yemen, in conjunction with the end of the existing war, which must put an end to the foreseeable future.

In addition, the work of the Forum includes scientific approaches to the developmental capabilities in Yemen and the full material, human and scientific introductions that can be relied upon, the roles that can be played by the various active forces in the economy, and how to make a high correlation between the historical work culture in Yemen and the vocabulary of the times. Digital is promising many innovative solutions in various fields.