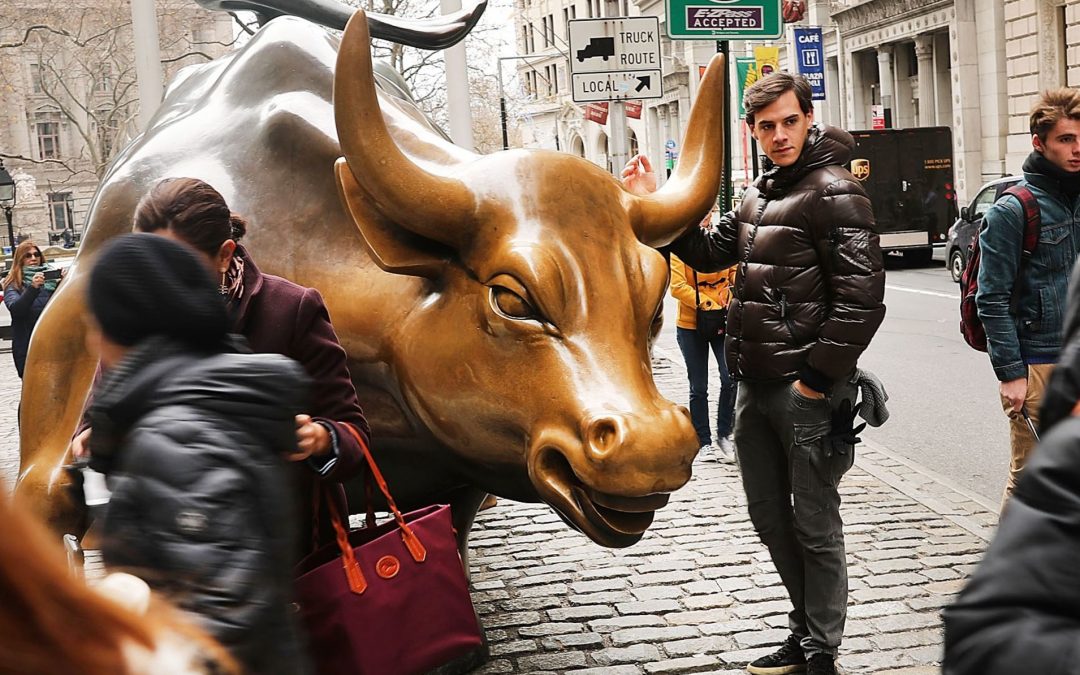 Stocks kicked off 2019 with a bang as U.S.-China trade tensions simmered while the Federal Reserve signaled patience in raising rates. However, stocks will need improving economic data to make a run at the record levels set last year.

The Dow Jones Industrial Average and S&P 500 are both 4 percent away from their all-time highs. The Nasdaq Composite is trading about 5.5 percent away from its record. However, the main catalysts that led stocks to this point — declining worries over China trade and Fed monetary policy — have largely been priced in. Meanwhile, the economic data have been mixed at best.

The recent weakness in economic data comes as at a time when global central banks fret over a potential slowdown in the global economy, which investors fear could hurt corporate profits.

“What the market needs and must have is a spate of data suggesting the economy continues to expand, albeit slowly, but not stalling,” said Quincy Krosby, chief market strategist at Prudential Financial. “That worry that the economy could stall out has the market worried.”

The Citi Economic Surprise Index, a widely followed barometer of how economic data do relative to economist expectations, is currently near negative 35 and hit its lowest level since August 2017 earlier this month. A negative print on the index shows a majority of economic data are missing estimates; a positive print indicates data are outperforming expectations.

U.S. jobs creation came near to a screeching halt in February as only 20,000 jobs were created. While some experts attributed the weak print to factors like the weather and the government shutdown, it was still the worst month of jobs creation since September 2017.

The National Federation of Independent Business’ small-business optimism index, meanwhile, remained near its lowest levels since the 2016 election in February despite inching higher.

Retail sales, a widely followed barometer of consumer health, unexpectedly rose 0.2 percent in January. However, December sales were revised down to show a 1.6 percent decline.

“You have to see an improvement in retail sales,” he said. “That’s another potential catalyst.”

Investors are increasingly looking toward economic data since a trade deal between China and the U.S. is likely priced in at this point.

China and the U.S. are expected to sign a deal sometime between late March and April. National Economic Council Director Larry Kudlow told CNBC on Feb. 28 the two countries made “fantastic ” progress in talks last month.

China has also agreed to bolster its purchases of U.S. agricultural products to try and narrow its trade surplus with the U.S., a sticking point of President Donald Trump. However, the two sides have yet to come to terms on key structural issues like intellectual property theft.

“We doubt this deal will be much of a rally maker,” said Donald Straszheim, head of the China research team at Evercore ISI, in a note Monday. “It will not clear the air on US-China relations, and won’t spur now nearly-frozen global companies to restart plans on where and how much to invest, produce, hire and source.”

“We still expect a deal ‘lite’ – advertised as a win but not clearing the air,” he said.

Some of the data starting to improve

The good news for investors, however, is some of the economic data is starting to turn around.

Activity in the U.S. services sector rose to 59.7 in February, while new home sales climbed to a seven-month high in December.

“What you have to start seeing is what you saw in the service sector in other economic reports. The ISM services index had pared back but then the most recent one was a nice showing. I think you have to see that in manufacturing. That’s going to be hard,” SlateStone Wealth’s Pavlik said. “If you start seeing some of those things, … then it takes off a bit of the concern from the global economy.”

“The Fed changed the whole landscape,” Schatz said. “You do not need unusually strong economic data. What you can’t have is cascading lower economic data, but stable economic data is all the market needs to go higher.”

“I think we’re in that Goldilocks scenario right now. Stocks had a horrific decline and an amazing rally. Our thesis right now is stocks are in a trading range and will continue sideways for a little bit longer and then the next upward assault is going to take place.”