The EU moves to reduce palm oil use. Malaysia hits back at ‘politics of protectionism’ 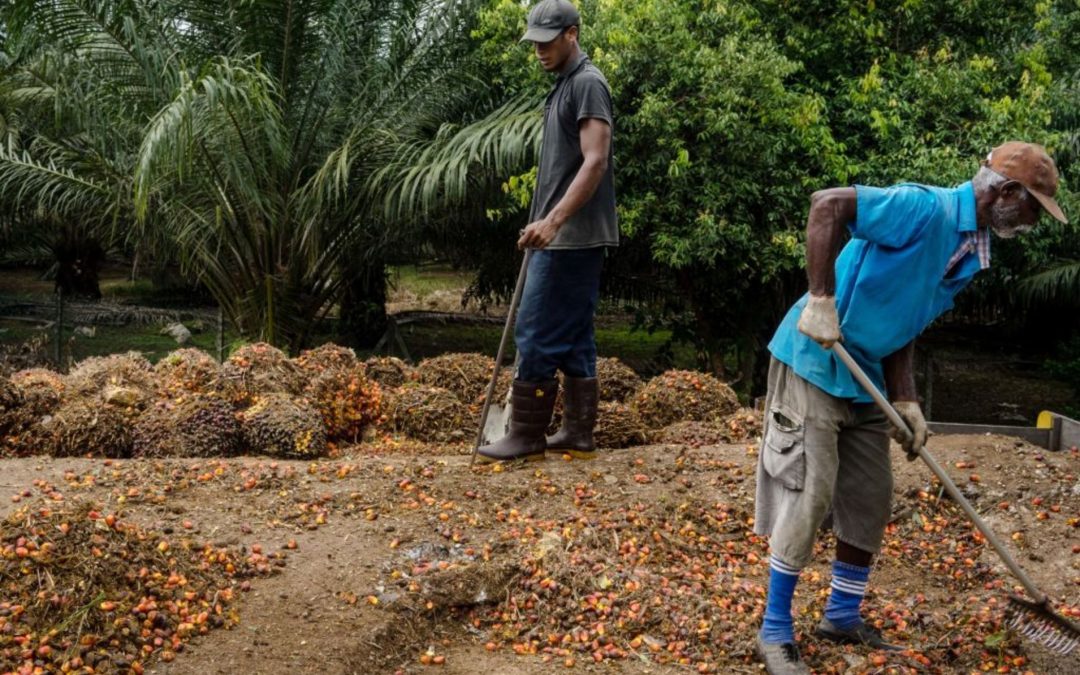 The European Commission on Wednesday concluded that palm oil should be phased out from transport fuel due to environmental concerns, sparking a backlash from Malaysia, a top producer of the vegetable oil.

That conclusion came in the commission’s criteria for determining what crops cause environmental harm. That’s part of a new European Union law to boost the share of renewable energy to 32 percent by 2030 and determine what are appropriate renewable sources. The growing of oil palms, the commission found, results in excessive deforestation and its use in transport fuel should be phased out, Reuters reported.

EU governments and the European Parliament have two months to decide whether to accept or to veto the law.

Early Friday in Asia, Malaysia hit out at the European move.

Teresa Kok, Malaysia’s primary industries minister, slammed the decision, saying it’s based “on the politics of protectionism” and warning of retaliatory actions against European exports should the law be adopted.

In a statement opposing the European decision, Kok said it “highlights an unacceptable double standard by the European Commission — it failed to apply the same standard to soy bean oil. ”

“Palm Oil produces eight times more oil than the US soy bean oil per hectare but the European Commission classifies soybean as ‘low risk’ for political reasons,” she said.

Palm and soybean oil, both edible oils, are viewed by the market as competing products. Soybean oil can also be used in biofuels. Top producers of soybean oil include the U.S., Argentina and Brazil.

The European decision is set to hurt the palm oil business at a time of wider concerns about demand.

The most actively traded palm oil contract — the global benchmark — on the Bursa Malaysia Derivatives Exchange slid 1.1 percent to 2,040 ringgit ($499.02) per metric ton by midday on Friday after hitting a four-month low earlier in the session over concerns about demand from top buyers India and China.

The European Commission concluded that 45 percent of the expansion of palm oil production since 2008 led to destruction of forests, wetlands or peatlands, resulting in more greenhouse gases. That compared to 8 percent for soybeans and 1 percent for sunflowers and rapeseed. The commission set 10 percent as the dividing line between less and more harmful feedstocks.

The Indonesia Palm Oil Association did not immediately respond to a CNBC request for comment, but it said in February that it will not accept the EU plan, Reuters reported.

The Council of Palm Oil Producing Countries — which currently includes representatives from Malaysia and Indonesia — said in a February statement that it will continue to challenge the EU on the issue.

The versatile oil palm is an important cash crop to the two Southeast Asian countries’ emerging economies, which both account for over 80 percent of the world’s production of palm oil. The commodity is used in a wide variety of products from soaps to cakes and transport fuel.

However, palm oil has a controversial reputation due to years of activist campaigns about how the vegetable oil is associated with rampant deforestation and labor abuses. There’s been resistance to those claims from both governmental and business quarters in Malaysia and Indonesia.

“Research shows that palm oil is not a major driver of deforestation, and both Malaysia and Indonesia have declared a moratorium on the expansion of oil palm plantations. Palm oil is, however, a driver of poverty eradication. The EU’s Delegated Act attempts to enrich Western farmers at the expense of Malaysian small farmers,” said Kok.

“The EU likes to speak of its commitment to trade, to poverty alleviation, and the international community. This Delegated Act exposes those words as hollow — the only commitment is to discrimination and protectionism,” she said, adding that “the Delegated Act is discriminatory against the economies of developing nations in Southeast Asia, Africa and Latin America which produce palm oil, and it is designed to hurt the livelihoods of millions of small farmers.”