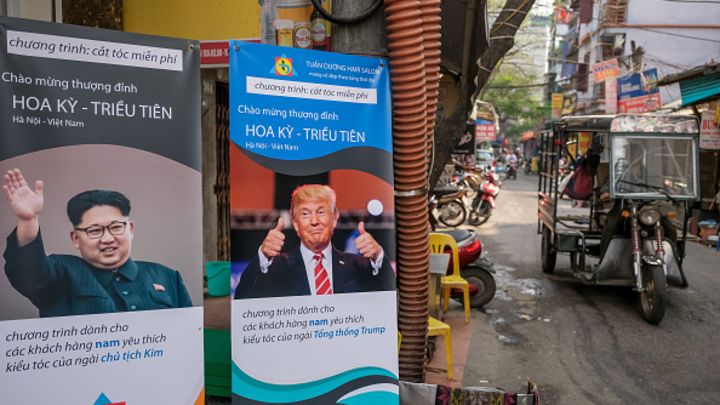 European stocks open in the red at the start of Wednesday’s session, as investors digest the latest political and economic news from around the world.

The pan-European Stoxx 600 was down 0.37 percent with almost every sector in negative territory.

Stocks in Asia posted slight gains ahead of the market open in Europe, as investors pay close attention to an upcoming meeting between the leaders of North Korea and the U.S.

President Donald Trump and North Korean leader Kim Jong Un are due to meet in the Vietnam capital of Hanoi on Wednesday, with the summit looking to work on relations between the two nations, along with the denuclearization of the Korean Peninsula.

Ahead of the two leaders meeting, Trump tweeted that North Korea could be as “thriving” as Vietnam if it was denuclearized, adding that the potential is “awesome.”

Investors will also be keeping an eye for any developments surrounding a truce between China and U.S., in regards to trade. Trump has said that he’d postpone an early March deadline that would have instigated fresh trade tariffs on China.

Elsewhere, markets around the globe are reacting to the latest remarks from the chair of the U.S. Federal Reserve. On Tuesday, Jerome Powell warned of potential slower growth ahead, despite the current robustness of the U.S. economy. Powell added that the U.S. central bank was prepared to adjust policy if warranted.

Looking closer to home, Brexit continues to be front and center for market watchers in Europe. In the latest surrounding the topic, British Prime Minister Theresa May offered lawmakers the opportunity to vote on a no-deal Brexit or to postpone the U.K.’s impending departure from the European Union, if her proposal isn’t accepted. These votes would be scheduled to take place in two weeks.

A slew of companies are expected to publish updates on Wednesday, including Bayer, Safran, Lego, Taylor Wimpey, and Rio Tinto.

On the economic front, consumer and business confidence for the euro zone is scheduled to be released during the morning part of the session.