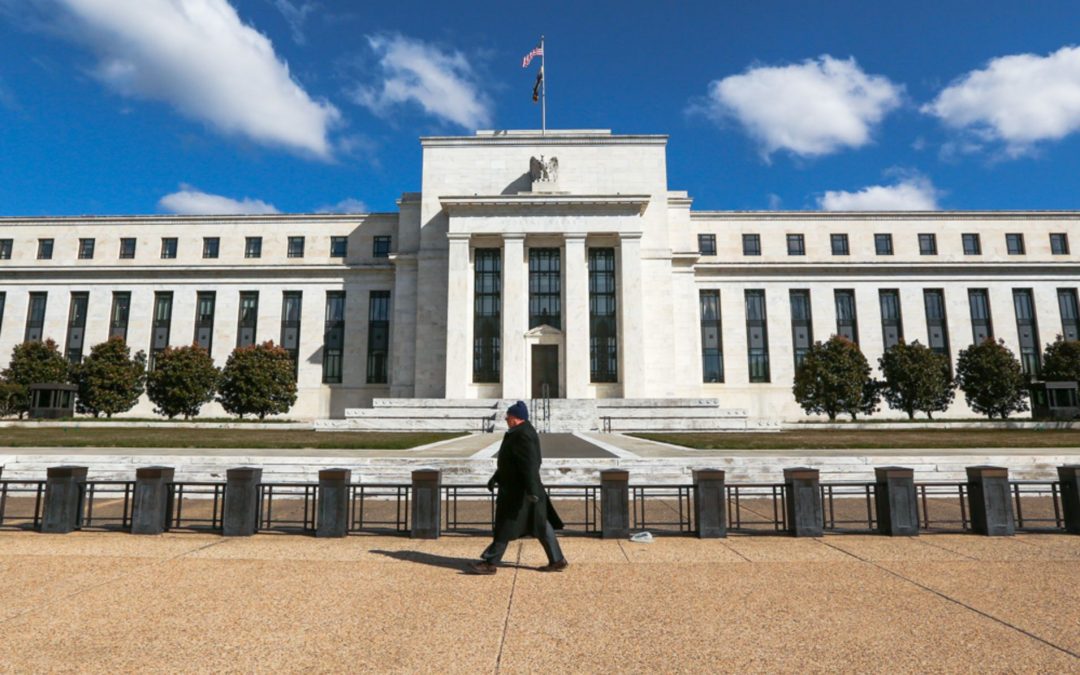 The Federal Reserve is a government agency that has been entrusted by Congress with two important functions. It sets monetary policy for the nation and it regulates the nation’s banks. What is not as clearly understood is that the Federal Reserve is, itself, a bank. It takes in deposits and borrows money. Then, it uses this money to make loans and buy financial securities. Consequently, the Federal Reserve has a balance sheet and an income statement. Each year it produces an annual report on its performance just like any traditional bank would.

The net result is that in 2014, the Federal Reserve reported a profit of $101.3 billion. In 2018, it is my estimate that the Fed’s profit was $63.2 billion; a decline of 37.6 percent. Since the Fed pays virtually all of its profits to the U.S. Treasury, its 2014 payment of $96.9 billion likely declined to an estimated $65 billion in 2018; a decline of 32.9 percent. The taxpayer loses approximately $32 billion because the Fed has seen its interest payments increase and its expected interest income decrease.

How can this happen?

All traditional banks in the U.S. have what are called Asset/Liability Committees or ALCOs. The function of these committees is to protect the stability of bank balance sheets and to monitor the developments in financial markets to insure the profitability of the bank. The numbers above indicate that either the Federal Reserve has no ALCO or the one that it has is simply not competent.

A review of the Fed’s balance sheet over the years makes it very clear what happened. For virtually all of its history the Federal Reserve obtained the money it needed to operate its bank by printing it. In 2002, for example, when the Fed started publishing its bi-weekly balance sheet, 91.4 percent of the money it needed came from printing currency. The interest cost on this money was and is zero. Therefore, it really did not matter how the Fed invested this money (as long as it did not just give it away) because it would always have a positive spread.

In the financial crisis this changed. The Fed kept printing money but it needed trillions more to support its quantitative easing programs which were put in place to stimulate economic growth. If it had simply printed over $2.6 trillion this would have likely have set off an uncontrolled inflation.

So it utilized a better technique, it borrowed the money it needed from the banks, which would have no impact on inflation. By the early 2014, it had borrowed so much money from the banks that banks were funding 63 percent of the Federal Reserve’s assets and currency was providing 29 percent (capital and others provided the Fed with the remaining 8 percent).

To induce the banks to lend them the money, the Fed provided an interest return on Fed Funds and it changed banking rules. It required banks to maintain a certain level of liquidity which could only be achieved by either buying Treasurys or putting money on deposit – i.e., lending money to the Fed. The result of this change was that the Fed went from paying nothing for its funding to paying tens of billions of dollars.

In late 2015, something started to go wrong. The Fed, itself, started raising interest rates. Rates went from effectively zero to about 220 basis points. This meant that the Fed now had to pay a great deal of money in interest on what was then $2.6 trillion (now $1.6 trillion).

At the same time the Fed did nothing to increase the yield on its investments. In fact, it only decreased its holdings of securities with maturities longer than 10 years by about $200 billion to $2.2 trillion.

This was the classic squeeze that drove the savings and loan industry out-of-business in the U.S. – i.e., borrowing short at variable rates and lending long at fixed rates. Yet what are supposedly the brightest financial minds in the U.S.let it happen to the Federal Reserve even though they knew what had happened to the S&Ls from following this strategy.

One can only speculate as to why the Fed did nothing to re-adjust its holdings to increase their yields. My view is that the Fed was trapped by an accounting decision. Unlike any other banking institution in the United States, the Fed does not mark any of its holdings to market. Its capital to asset ratio is 1.09 percent.

If it had sold its low yielding bonds and replaced them with higher yielding bonds, it would have been forced to publish its unrealized losses. These losses would have wiped out the agency’s capital. The Fed would have shown itself to be insolvent. The agency that backs all of the money in the U.S. – the Federal Reserve notes in your pocket – would be shown to have no money itself.

I am sorry but I think that this is simply totally inexcusable. What makes it so troubling is that these same people are entrusted with setting monetary policy for the U.S. and regulating the banking industry. It makes it a bit more understandable that they can come up with questionable concepts like “normalized interest rates” and can change their opinions about the economy in the wink of an eye.