The CBO thinks the Fed is going to raise interest rates this year, disagreeing with Wall Street 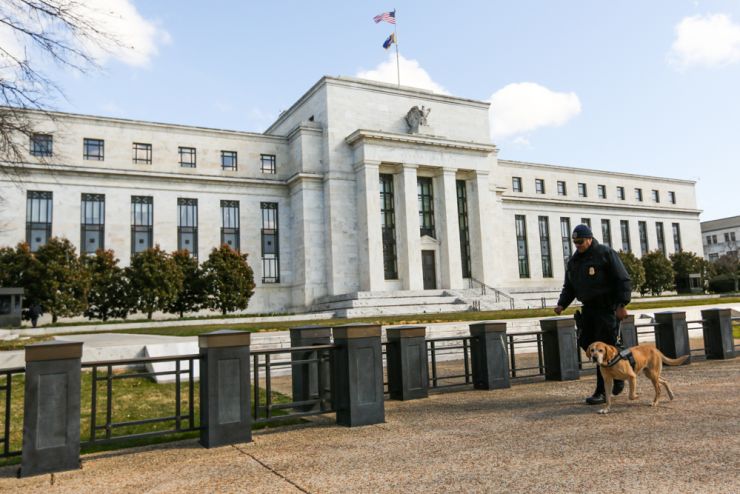 Wall Street may not be anticipating any interest rate increases this year, but government forecasters disagree as the need to control inflation may outweigh concerns expressed in markets.

In its latest projections for the nation’s economy and financial situation, the Congressional Budget Office indicated the Federal Reserve is likely to continuing its normalization of monetary policy, even if investors don’t like it.

“CBO expects the Federal Reserve to continue to raise the target range for the federal funds rate (the interest rate that financial institutions charge each other for overnight loans of their monetary reserves) in 2019. In CBO’s projections, the rising federal funds rate helps to push up other interest rates in the economy, which, in turn, helps prevent inflation from rising much above 2 percent for any extended time period,” the office said in its 10-year outlook update released Monday.

The report does not specify how many times it sees the central bank hiking its benchmark rate.

As things stand, the market is betting that number is zero, while Fed officials indicated in their latest projections released in January that they see two increases. However, those same officials lately have stressed that any further actions will come only if the data justify them. Several members who in the past have been hawkish, or in favor of higher rates, say they now favor a pause while they assess the economic situation.

Projections in the CBO report indicate that GDP is likely to grow 2.3 percent in 2019 but slow thereafter and settle into a 1.7 percent level during 2020-23. That’s actually below Fed expectations, which are for a 2.3 percent gain in 2019 followed by 2 percent and 1.8 percent in subsequent years into a long-run trend of 1.9 percent.

The report notes that the Fed has to guard against an “output gap,” or the difference between actual GDP and its potential.

When the economy is growing faster than its capability, that puts pressure on supplies and thus pushes inflation higher. The CBO anticipates that the gap will remain positive until 2022, when it turns negative and then subsides.

“A positive output gap indicates that the demand for goods and services temporarily exceeds the economy’s maximum sustainable capacity to supply them, which leads to heightened demand for labor as well as upward pressure on inflation and interest rates,” the report said.

The Fed is tasked with keeping inflation around 2 percent, though officials have indicated that the goal is “symmetric,” meaning they wouldn’t be alarmed if it overshoots or undershoots the mandate by a small margin. The Fed approved four quarter-point hikes in 2018 and now has the funds rate targeted in a range between 2.25 and 2.5 percent.

Markets anticipate virtually no chance of a rate increase at this week’s Federal Open Market Committee meeting. The probability increases slowly through the year, with traders pricing in a 22 percent chance of an increase by December, according to the CME’s tracker of futures trading.