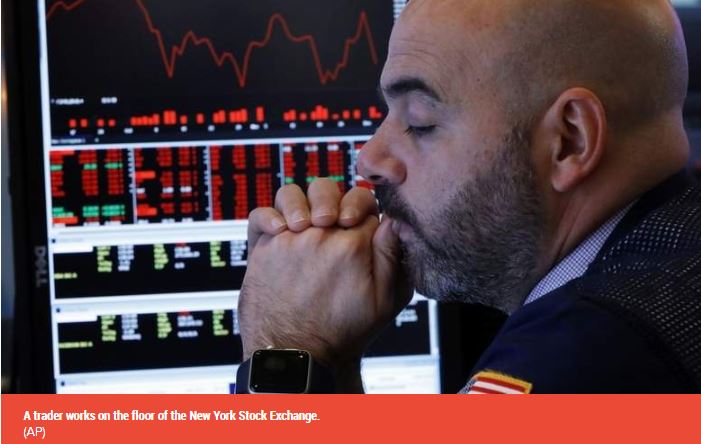 Asian equities were mixed on Tuesday as investor attempts to track gains in New York are weighed by a perfect storm of issues that have hammered global markets, while the pound remained stuck around 20-month lows on Brexit uncertainty.

Bargain-buyers stepped in after the latest sell-off but the gains were limited, with fears about the outlook for the global economy keeping sentiment beaten down.

The China-US trade row, signs of softness in both countries’ economies, the Huawei arrest, Brexit, demonstrations in France and tanking oil prices are among the problems facing investors, and analysts warned of more volatility to come.

Adding to those problems is upheaval in India where the head of the central Reserve Bank of India has resigned following a row with Prime Minister Narendra Modi’s administration over alleged government interference.

Monday’s development sent the rupee tumbling more than 1 per cent on Tuesday, with speculation the RBI had intervened to pare the losses. The Mumbai stock market initially fell a similar amount before bouncing back.

In Asian trade, Hong Kong rose 0.1 per cent and Shanghai gained 0.4 per cent but Tokyo shed 0.3 per cent.

Singapore slipped 0.3 per cent, Seoul was marginally lower and Sydney rose 0.4 per cent. Bangkok and Jakarta slipped, while Wellington, Manila and Taipei were up.