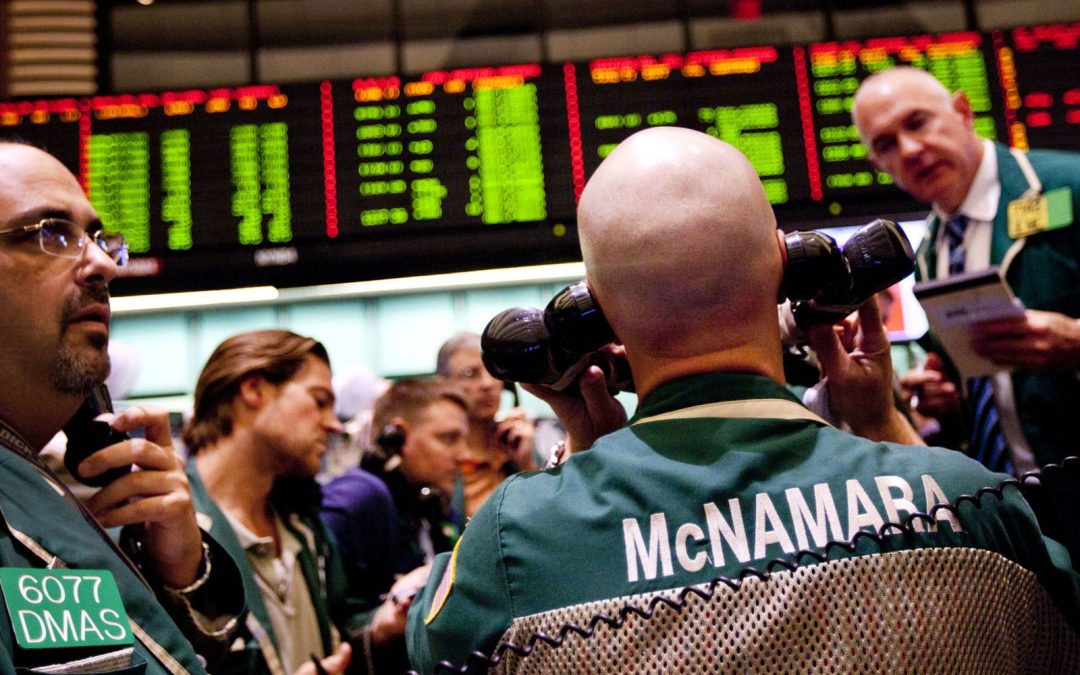 Stock markets have been gripped with fear this week over a deteriorating economic growth outlook and questions regarding the U.S.-China trade truce.

While investors have typically pointed to the yields on different U.S. government bonds for warning signs on growth, the secondary market of corporate debt may also be a key to market directionality from here.

During the first bout of stock market volatility in February, so-called investment grade and high-yield (or junk) bonds remained relatively resilient. However, in October and after the S&P 500 plunged 7 percent having its worst month since November 2008, credit markets also started exhibiting some signs of distress, under-performing equities.

The U.S. high-yield index has widened 115 basis points and investment grade 30 basis points over the last month, leading many to ask whether these credit bonds are the real canary in the coalmine for global markets.

One catalyst for the under-performance in the investment grade space has been the acceleration of rating downgrades at the upper end of the capital structure. According to Goldman Sachs analyst Lotfi Karoui: “$90 billion worth of bonds have migrated into ‘BBB’ territory (from A); this is the highest amount since the fourth quarter of 2015.” A triple-B bond is rated one notch above junk so investors get a high return to something that’s perceived to be quite a risky investment.

The risk is for further negative actions especially as, according to Deutsche Bank research, ‘BBB’ bonds constitute about 60 percent of the overall U.S. investment grade market.

A continual downgrade drift would exert pressure on lower parts of the capital structure and could eventually increase the size of the high-yield bond market — a cohort that has also been struggling this year as interest rates have gone up.

The high-yield market also continues to exhibit a higher risk factor to oil prices and that has had a big impact on that market. According to the Goldman Sachs report, almost a quarter of the gross issuance in these bond markets this year has been in energy-related industries (albeit a large chunk has gone into refinancing and debt repayments) and constitutes about 16 percent of the outstanding market.

As the price of oil has slumped 30 percent since October, downside risks for high yield have increased especially as the oil plunge in 2014 elicited a wave of defaults in the energy sector and subsequently in the high yield market. This time around though, the break even level for many of these high-yield shale companies appears to be about $20 lower than it was back in 2014 to 2016, at around $51 per barrel, according to Goldman analysts.

Any further drop in the oil price from here would be a worrying development — credit investors are hence also keeping a close eye on the OPEC meeting.

One other credit market that is also coming under scrutiny is the leveraged-loan market (which involves loans to companies that are heavily indebted). The International Monetary Fund sounded the alarm in November warning about excesses in this $1.3 trillion global market, a market that has ballooned in issuance the last few years.

According to the report, new issuance of leveraged loans hit a record $788 billion in 2017, surpassing the pre-crisis high of $762 billion in 2007. The authors also cite concerns about prevailing underwriting standards and credit quality on such loans.

“New deals also include fewer investor protections, known as covenants, and lower loss-absorption capacity. This year, so-called covenant-lite loans account for up to 80 percent of new loans arranged for non-bank lenders (so-called ‘institutional investors’), up from about 30 percent in 2007.”

These “covenant-light” loans make investors a lot more exposed in case of a downturn.

This echoes similar warnings from the Federal Reserve over the last few months, the latest coming on Monday as Randal Quarles, the Fed’s vice chairman for bank supervision, announced that the central bank is analyzing bank’s exposure more closely to collateralized loan obligations (structures that package and securitize leverage loans and sell them on to institutional clients such as hedge funds and pension funds). The report also warned about weaker underwriting standards.

Not all credit investors share this negativity however, and point to the still positive growth environment and low prevailing default rates. That would change if the next recession were to hit sooner rather than later.