Despite stock market drop, economic outlook is bright thanks to Trump 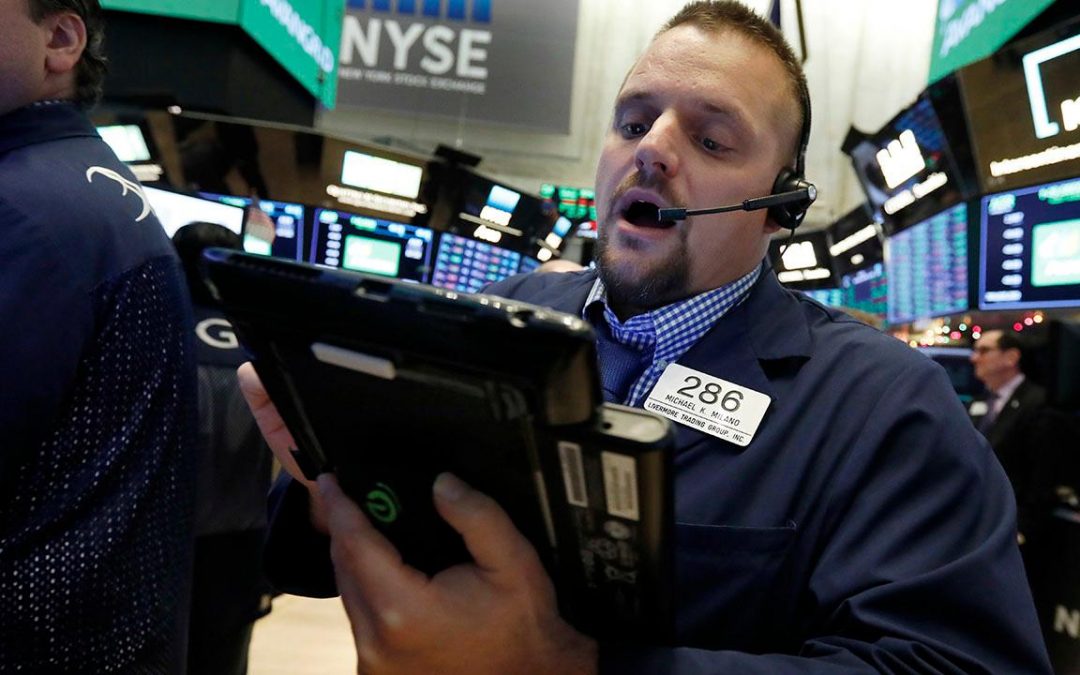 The wild gyrations of the stock market have spooked some investors into wondering what lies ahead. All major U.S. stock indexes fell more than 3 percent Tuesday – including a nearly 800-point drop in the Dow Jones Industrial Average – in the worst day for the market in nearly a month.

Some analysts blamed uncertainty over a new U.S.-China trade agreement for the drop. They fear that despite President Trump’s optimism about a beneficial trade deal with China following his meeting Saturday with Chinese President Xi Jinping, a trade war between our two countries could still break out.

In addition, some investors have interpreted the recent phenomenon where short-term interest rates have become nearly equivalent to longer-term 5- or 10- year Treasury bond rates as a potential signal that the Federal Reserve Bank (the Fed) has increased interest rates too much, leading to anxiety about the pace of economic growth.

The stock market was closed Wednesday to mourn former President George H.W. Bush on the day of his funeral. But what lies ahead?

While the market will always have it ups and downs, the most important factor in its long-term performance is the strength of the American economy. And today there’s no question that our economy is booming under Trump administration policies.

The accelerated growth our economy is experiencing is largely due to President Trump and the Republican-controlled Congress cutting taxes, and to the Trump administration slashing unnecessary regulations and encouraging domestic energy production.

Not everyone thought it would work. Keep in mind that as recently as May of 2017, Obama administration economist and former Clinton administration Treasury Secretary Larry Summers was comparing a belief in the Trump administration’s forecasts of 3 percent GDP growth to believing in tooth fairies.

Unable to deny the Trump economic boom, the current argument by Democrats is that the strong economy will not last. They argue that the U.S. economy is on a temporary sugar high from the Republican tax cuts, which they were calling “death” and “Armageddon” just last year.

Among other things, Trump critics point to the recent stock market volatility as support for this notion. But while it’s true that all recoveries eventually end – and at some point economic growth will slow – I don’t expect this to happen anytime soon.

When our economy is growing, American businesses outperform and increase in value and – in the absence of other factors – stock market valuations should rise.

But perhaps even more than current performance, investors gamble on what they perceive as future performance. As such, even in a strong economy, the stock market can rise and fall for various reasons, some rational – some not.

One reason the market can fall is when the Fed increases interest rates. By definition, rising interest rates increase the returns on fixed-income investments, like U.S. Treasury bonds and Treasury bills, along with corporate bonds. These investments are generally lower risk and generate lower returns than stocks.

The Fed has held interest rates extremely low for a decade, meaning that the returns on fixed- income investments have been low – resulting in increased demand for higher risk, but also higher return, stocks. This higher demand drives up stock prices.

But for the last two years, the Fed has been increasing interest rates. As rates increase, investors allocate more of their funds to the lower risk fixed-income investments. The laws of supply and demand apply even in financial markets – meaning that increased demand for fixed-income investments diverts money that might otherwise have been invested in stocks.

For example, even cash equivalents, such as short-term Treasury Bills, have become more attractive today, yielding 2.32 percent. That’s far above the 0.50 percent they paid investors at the start of 2017.

Even in a strong economy with increased profits, if investors allocate more of their money to fixed-income investments and less to stocks, the demand for stocks will decline and so will their price.

Nonetheless, there are good reasons for the Fed to increase interest rates. Rapid economic growth can cause inflation to increase above the Fed’s 2 percent target. Excessive inflation increases the costs of goods and services faster than workers’ earnings. This substantially reduces consumer spending, which is the primary driver of economic growth.

The ability to increase rates and slow economic growth is an arrow in the Fed’s quiver to keep the economy from overheating and moving toward hyperinflation.

Alternatively, when the economy goes into recession, the Fed loosens credit by lowering interest rates to stimulate growth. This is all part of the Fed’s mission to avoid boom and bust economies.

However, if interest rates are already low when a recession hits, the ability to reduce rates is an arrow the Fed does not have. So even in good economic times, the Fed may increase rates – not to dampen economic growth but rather to, in effect, collect the interest rate arrows it spent to stimulate the economy when growth was anemic or negative.

No matter the reason, the problem is that when the Fed increases rates it can signal an intent to slow economic growth. This decreases the value investors attribute to the growth potential for businesses and the amounts they are willing to pay for shares of stock in those businesses.

If the prospects for economic growth are strong and investor confidence high, stock valuations can increase, notwithstanding the Fed increasing rates.

Shortly after it became apparent that Donald Trump had won the 2016 presidential election, progressive economist and New York Times columnist Paul Krugman bemoaned that the stock market was “plunging” and would “never recover.”  It recovered that morning.

Two years later and despite recent volatility, the market remains over 35 percent higher than its close on Election Day just two years ago.

While that is a remarkable two-year increase, it is particularly impressive given that the Fed has raised interest rates seven times since 2016 election, with an eighth increase expected this month.

The fact that the market has held its post-Election Day gains to this extent indicates economic strength and a belief that stocks can continue to deliver consistent and superior returns.

For some context, keep in mind that the Fed raised interest rates only once – in December 2015 – during the entire Obama presidency prior to the 2016 election. And even then, the Fed increased rates by just a quarter of 1 percent.

The Fed declined to raise interest rates a second time by even by that small of an amount until December of 2016, on the heels of the election. President Obama’s anemic economic recovery was simply too fragile to sustain further increases. Under President Trump that has changed.

However, the pace and prospect of future interest rate increases is now impacting expectations for future growth. That impact became very clear last week when the Dow Jones Industrial Average jumped 600 points as investors interpreted comments by Fed Chairman Jerome Powell as indicating that the Fed would moderate the pace of interest rate increases.

Inflation is at or near the Fed’s 2 percent target. With meaningful economic growth and low inflation, a strong labor market is increasing earnings, employee benefits and after-tax take-home pay, finally benefiting American workers who were left out of President Obama’s “recovery.”

It makes no sense to further stymie that growth by continuing to aggressively increase rates after increasing them seven (let alone eight) times in the last two years.

Chairman Powell was right to recently signal that the Fed will be taking a more balanced and moderate approach. It’s a signal investors should heed.

As UBS said in a statement Tuesday, “current rates of consumption, investment, and employment growth … are not historically consistent with an impending recession.”

While all good things must eventually come to an end, despite what you may hear from the harbingers of doom you shouldn’t expect our economic boom to end anytime soon.