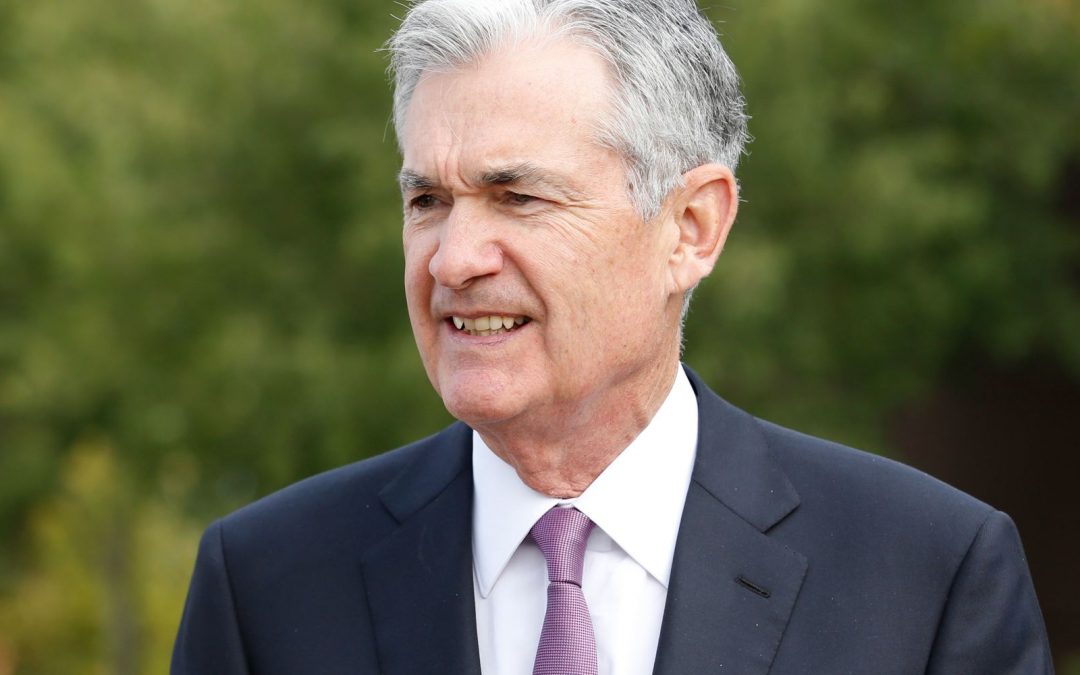 The Federal Reserve is still expected to raise interest rates again next month and three times next year, but a strong majority of economists polled by Reuters over the past week say the risk is it will slow that pace down.

The probability of a U.S. recession in the next two years, while still low, also nudged up to a median 35 percent from 30 percent in the latest monthly Reuters survey of economists taken Nov 13-19. It held at 15 percent for the next 12 months.

While many developed economies are already slowing, growth in the world’s largest economy is still solid, riding the tail-end of a $1.5 trillion tax cut boost, and official unemployment is the lowest in nearly half a century.

But that shine is forecast to start coming off this quarter, with growth slowing more by the end of next year as a trade stand-off with China shows no signs of letting up.

“The economy is facing a growing number of headwinds, including the lagged effects of previous interest rate rises and dollar strength, the uncertainty of trade protectionism at a time when external demand is slowing, and a sense that the support from the fiscal stimulus will gradually fade,” said James Knightley, chief international economist at ING.

“The main risk to the upside likely stems from the tight jobs market and whether wages can continue rising, but … we look for economic growth to slow through 2019 and this should see inflation pressures gradually recede late next year.”

Gross domestic product (GDP) will expand at an annualized rate of 2.7 percent this quarter, down from 4.2 percent in the second quarter and 3.5 percent in the third.

The trade war U.S. President Donald Trump launched with No. 2 world economy China has already started to hit export-sensitive economies like Germany and Japan. And an Asia-Pacific Economic Cooperation summit ended on Sunday with leaders failing to agree on a final statement for first time in the forum’s history.

That has lowered expectations Trump and Chinese President Xi Jinping will make a breakthrough when they meet at a G20 summit later this month.

The recent sell-off on Wall Street had some expecting the Fed to soften its tone on policy tightening at its November meeting, but the central bank did no such thing.

Economists in the latest poll unanimously said the Fed will raise the federal funds rate by 25 basis points to 2.25-2.50 percent in December.

Median forecasts show three more increases next year, taking the federal funds rate to 3.00-3.25 percent by end-2019. But the third rate rise is a close call, with just over half, 54 of 102 economists forecasting that outcome.

The range of forecasts around how much the Fed will raise rates next year was wide. While one contributor expected no change to rates at all in 2019 after a December rise, another predicted a 50 basis point hike at the June meeting.

Part of the reason for the lack of conviction for more rate rises stems from still-tame inflation pressure. Wage inflation has picked up recently, but overall, economists have not made any major upgrades to their inflation forecasts.

Similarly, there is not a lot of conviction over exactly when the next economic slump will arrive.

Twelve respondents in the latest poll said there was a greater than 50 percent chance of a recession in the next two years. But only one, Fathom Consulting, has actually put down a point forecast for GDP to contract in the full year 2020.

Just over half of 65 economists who replied to another question said there was no impact on their growth outlook from the November midterm elections, in which the Democratic Party made major gains and took control of the House of Representatives but left the Republican party in control of the Senate.

Twenty-seven said this new Congressional setup, which will make it more difficult for the White House to pass the kind of sweeping tax cuts as those signed into law late last year, was negative. Five said it was positive.