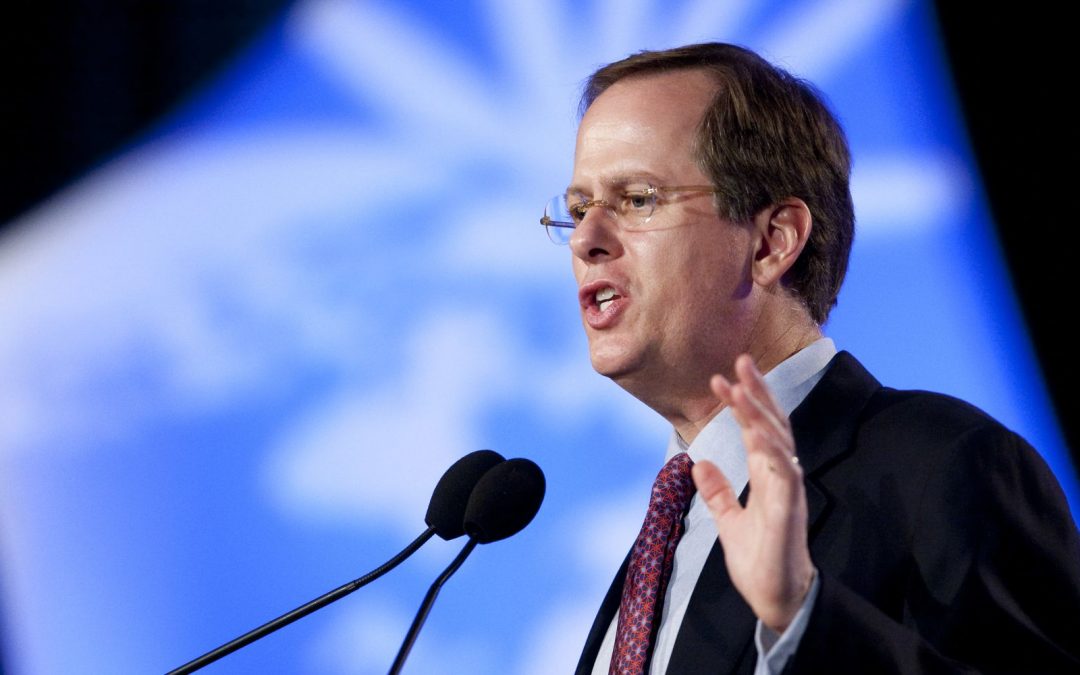 The primary concern among American CEOs is rising interest rates, said Steve Odland, president and CEO of The Conference Board.

A recent survey by the organization, a global, independent business membership and research association, showed that CEO confidence declined in the third quarter and is at its lowest level in two years.

Odland, a CNBC contributor who once served as CEO of both Office Depot and AutoZone, said there is a “double whammy” coming from the Federal Reserve as it raises interest rates and winds down its balance sheet.

“We’re sitting here with a Goldilocks economy, and nobody wants it to be damaged by the increase in interest rates,” he said on “Power Lunch.”

The Fed hiked its benchmark interest rate by a quarter at the end of September. That takes the rate to a range of 2 percent to 2.25 percent.

The central bank has indicated it will raise rates one more time before the end of 2018 and will likely have three more hikes in 2019.

Odland said it really takes a quarter or two for the jump in rates to work its way into the market.

“The fear is that at some point if they keep pushing this on this thing they are going to slay the goose that laid the golden egg by derailing it,” he said.

Among the factors that impact inflation are borrowing costs, he noted.

“You could have this downward spiral as the interest rates go up and borrowing costs go up, creating more inflation.”

Another survey, released on Monday by Chief Executive, also showed a downtrend in confidence in the current and future business environment. Its monthly CEO Confidence Index, which remains positive, showed rising interest rates and inflation as among the primary concerns.

President Donald Trump has criticized the Fed and its policy, calling the central bank his “biggest threat” because it is raising rates. He also said the Fed has “gone crazy.”

The trade war between the U.S. and China has been escalating, with each country slapping tariffs on the other.

However, companies are starting to adjust their supply chains and move from China to other areas, Odland said. He doesn’t think the tariffs will end up having a big impact on the U.S. economy.

“They think this is all negations. They think we’ll get to some sort of deal down the road.”