Don’t believe the doves: US trade disputes are likely to escalate after the midterms 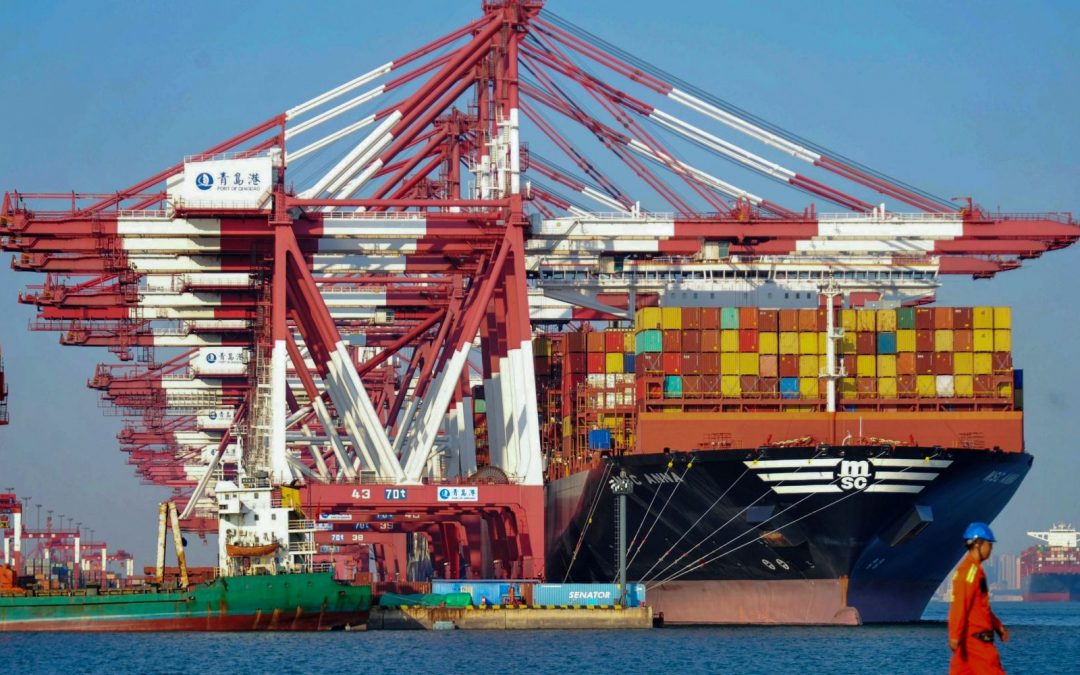 Last year, China and the European Union accounted for 53 percent of the American merchandise trade deficit.

In the first eight months of this year, their U.S. business continued to flourish and the combined Chinese and European surpluses came in at two-thirds of the U.S. trade gap.

The U.S. deficits will worsen in the forthcoming holiday season as retailers step up overseas purchases to stock up for the most active selling months of the year.

Looking further ahead, the Chinese and the European trade surpluses with the U.S. will be kept on an upward trend by widening economic growth differentials.

Yes, America’s strong fiscal and monetary policy mix will continue to drive demand and output. The current credit conditions are still very easy, and the expected interest rate increases have some way to go before they reach the point of a neutral policy stance. In the meantime, economic activity will be supported by the lagged impact of past credit easing.

And if a new tax cut comes before the U.S. midterm elections — as seems likely — then more fuel will be thrown on the fire.

Get off Uncle Sam’s coattails

The U.S. growth outlook is in sharp contrast with the worrying economic and political developments in Germany, France, Italy and Spain — the four countries that account for nearly three-quarters of the EU economy.

Germany’s growth for this year was revised down last week to 1.8 percent from an earlier 2.2 percent forecast by German business group, the Chambers of Industry and Commerce (DIHK).

DIHK sees Germany’s GDP growth declining to 1.7 percent next year on rising labor costs, disruptions from trade disputes and the damage caused by the possibility of Britain’s disorderly exit from the EU.

Germany is also working hard to push Italy into a recession. The German media are having a field day about Berlin’s apparent determination to force the Italians to toe the line of a German fiscal model. Sadly, Italy won’t need much pushing as the economy is already on the verge of a major downturn.

France and Spain are experiencing similar problems. They keep revising down their growth forecasts, partly because both economies will be depressed by tightening fiscal policies.

We are looking here at a cyclical weakening and a possible financial crisis in a market of 512.6 million people that is taking one-fifth of American exports. It is therefore inevitable that the European businesses will be aggressively looking for export opportunities in the U.S., and elsewhere, to offset declining sales at home.

China is in a very different position. Its third quarter growth showed some weakness in the manufacturing sector, presumably owing to declining car sales. But the numbers reported last week did not show the much-anticipated erosion of export sales. On the contrary, exports are reported to have accelerated markedly.

Unlike Europe, China is not basing its growth strategy on external demand. Beijing has a large scope for fiscal and monetary easing to support demand and output in its huge and rapidly growing domestic market. China, however, will remain for the foreseeable future a major structural trade problem for the U.S. — a legacy of decades-old unbalanced bilateral trade patterns.

What can the U.S. do now? The answer is: Not much. Instead of opting for a combination of quick results and a negotiating process seeking longer-term structural policy changes, Washington has chosen a path of litigation and imposition of reforms that China and the EU find unacceptable.

Anybody looking at the magnitude of U.S. trade deficits could have concluded that Washington had an excellent chance of using political leverage to quickly narrow its yawning trade gaps with China and the German-led EU — especially since neither the Chinese nor the Europeans were contesting the need that their systematic and excessive trade surpluses with the U.S. had to be reduced.

Germans, to be fair, were ready for concessions and actively seeking ways to initiate that process. It is not clear why things were allowed to go nowhere.

China, for its part, had a standing negotiating platform — “a win-win cooperation” — that could have served as a starting point. Instead of that, Washington and Beijing ended up trading blows in an escalating tariff fight.

Some observers now see a silver lining: They believe that a negotiating process will be unlocked after the mid-term Congressional elections early next month.

Let’s hope they are right. But one thing is clear: Washington cannot allow the continuation of huge leakages of its domestic spending to Europe and China. At the moment, the strengthening household and business outlays in the U.S. are driving $670 billion of European and Chinese exports to the U.S.

That export volume is an 11 percent increase from the first eight months of last year, and a great gift to celebrate a revival of U.S. economic activity.

It’s a gift because the combined European and Chinese surplus of $372.1 billion so far this year will go to their growing international creditor position, while the U.S. will have to keep issuing IOUs — that China and Europe don’t want to buy anymore — to finance its $8.6 trillion of net foreign liabilities that the U.S. Department of Treasury reported at the end of the second quarter.

If you find that number chilling, here’s more ice to the wound: America’s net foreign liabilities increased by nearly $1 trillion during the second quarter of this year.

A lot hangs on next month’s U.S. elections. But those who think that the post-election period will open up a possibility for a quick breakthrough on U.S. trade problems should think again.

The EU trade negotiator said that not even the “pre-negotiation preparations” have been started, and Germany’s senior cabinet member warned that the World Trade Organization (WTO) can function without the U.S. — a preemptive strike against Washington’s demand for trade and economic reforms.

The Chinese say that trade contacts are continuing, but Washington talks about the “hiatus” and Beijing’s apparent lack of interest to “do a deal” on trade issues.

America’s soaring trade deficits with China and Europe are untenable. Expect a serious and disruptive escalation of trade disputes after next month’s U.S. election.

The worsening trade problems will be hitting the markets at the time of a rising U.S. inflation, increasing interest rates and growing political and security tensions in East Asia, Middle East and the Central and Eastern Europe.