Recession risk is ‘below average’ for the next three years, Goldman says 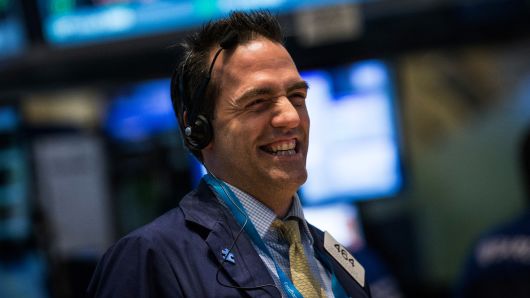 The U.S. economic expansion is probably only in its middle stages, with the chances of a recession in the next three years at a “below average” possibility, according to Goldman Sachs.

Though the current run is just 10 months away from being the longest expansion on record, Goldman economist Daan Struyven used a model to check current conditions and found there are few signs of overheating.

“The good news is that the model still classifies the expansion as mid-cycle,” Struyven said in a note. “It sees the pickup in wage and price pressures as still too muted for an inflation overshoot late-cycle and screens the private sector saving surplus — which now stands above the historical average — as too large for a financial overshoot late-cycle.”

An “inflation overshoot” primarily would entail highly elevated asset prices — like the stock market — as well as extremes in wage growth and price increases. A financial overshoot would see high private sector deficits and extremes in consumer confidence.

Inflation has been edging higher as have salary increases. Consumer confidence also is near record levels. However, Struyven sees the moves as contained and unlikely to put strain on the economy.

“Cyclically, the financial system and the economy have spent a long time climbing out of the deep hole torn by the crisis and Great Recession,” he wrote. “And structurally, better anchored inflation expectations allow the Fed to increase interest rates at a more gradual pace than in past cycles.”

The economy has been on a solid run in 2018, with 2.2 percent GDP growth in first quarter followed by 4.2 percent in the second. The Atlanta Fed is tracking third-quarter gains at 4.1 percent, though that’s ahead of most Wall Street forecasts and CNBC’s own Rapid Update tracker which sees GDP up 3.1 percent in the July-to-September period.

Many Wall Streeters believe the length of the economic rebound after the financial crisis and accompanying Great Recession, plus an unemployment rate at 3.9 percent and just off a 59-year low, make for a recovery that can’t last much longer. In addition, the Federal Reserve has been hiking interest rates gradually, fueling belief that the current strong run in particular is jeopardy.

Struyven said there’s danger that the current conditions could overheat and at least send the recovery from midcycle to late cycle.

“The less good news is that further strong growth could push us to a late-cycle setting relatively soon,” he said. “The labor market is already there, and it would not take much additional wage and price acceleration for the model to indicate an inflation overshoot late-cycle. A financial overshoot late-cycle diagnosis is slightly further off, despite the telltale high levels of confidence.”

However, he said even if that is true, recession risk is “muted in the near term and below average at a three-year horizon.”