Monetary policy is directly responsible for economic and financial stability 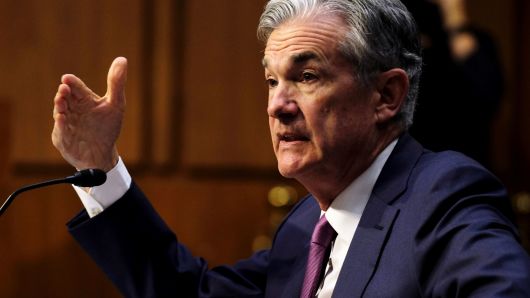 Central banks are the top cops on the beat controlling the economy’s lifeline. They see everything and know everything. If they don’t, they are not doing their job. And if they don’t promptly and properly act on what they see and know, they should think again about the sacred duty of public service.

It’s that simple. A sobering reminder at the time of the Great Recession’s sad anniversary, and the profound economic and political changes it has ushered in the trans-Atlantic community.

At the heart of that devastating event were serious errors of monetary policy, coupled with failures to effectively supervise and manage the financial system. The rest, as the saying goes, is history.

Ideally, it should be the history in Cicero’s sense: “History is life’s teacher” the Roman sage said, noting that reflections on the past should serve as lessons for the future.

An overwhelming majority of those warning about incipient financial crises tell us that we have learned nothing from the debacle that began to wreak havoc more than 10 years ago. By contrast, a distinct minority that believes that the West’s financial system has been strengthened since the spectacular demise of Lehman Brothers is barely audible.

But, as always, blame-game debates and high-handed judgments are not particularly illuminating.

Can’t have rising inflation and deficits without tears

I believe that the most useful discussion now would be to review the current monetary policies in the U.S. and the European Union — the two economic systems severely affected by the last financial crisis — and to draw some conclusions from that about the short- and medium-term economic outlook.

At the moment, the expansionary credit stance in the U.S. is part of a strong fiscal-monetary stimulus driving the economic growth in the first half of this year at an annual rate of 2.8 percent. That is an entire percentage point above the estimated potential and noninflationary growth rate of 1.8 percent set by the available stock and quality of human and physical capital.

Consumer prices in August were 2.7 percent above the year earlier. The core rate of inflation (the consumer price index minus energy and food prices) came in at 2.2 percent, marking a steady upward trend from 1.7 percent in August 2017.

The Federal Reserve’s preferred inflation gauge — the personal consumption expenditure index — has also risen steadily since the middle of 2017 to 2.2 percent at the end of this year’s second quarter. Its core rate of 1.9 percent is at the upper limit of a presumed 2 percent policy target.

And then we have rising unit labor costs as a result of increasing nominal hourly wages and sluggish productivity gains. The costs per unit of output — a floor to general inflation rates — are currently growing at an annual rate of 2 percent.

Those three inflation indicators show that the Fed has already reached — and breached — the upper limit of a 0 to 2 percent range that usually defines price stability.

Europe emerging from pain and sacrifice

Clearly, the Fed has not been able to hold inflation down. Statements by Fed officials last week are recognizing that difficulty, admitting that inflation will be rising above 2 percent.

A strange “market guidance” indeed. Consumer prices in July and August have already been pushing up at an average annual rate of 2.8 percent.

It sounds like the Fed is saying that prices of a typical American consumer basket are irrelevant to its policy settings. But that’s not how bond markets see that most painful cut to real incomes: Inflation expectations have been fired up, the yield curve has steepened sharply, and the benchmark 10-year Treasury note closed at 3 percent last Friday — 14 basis points above the yield at the beginning of this month.

Please remember: Whenever bond market investors vote with their feet, they are casting a resounding vote of no confidence in a central bank’s commitment to price stability and in the currency’s real purchasing power.

The European Central Bank is in a much better harmony with asset markets. The euro area’s 1.2 percent core rate consumer price inflation offers quite a bit of scope to maintain a vastly accommodative monetary policy to support the economic growth in the range of 2 to 2.5 percent.

The euro area’s changing credit market trends are also signaling significant structural improvements. Bank credit to the private sector continues to grow at a steady rate of about 3 percent, while lending to governments has been reduced to an average annual rate of 3.7 percent in the three months to July. That is a sharp decline from growth rates of 7 percent in the closing months of last year, and a clear sign of a roughly balanced budget for the euro area as a whole.

Responding to those developments, the ECB plans to wind down its bond purchase programs by the end of the year, but it intends to maintain zero interest rates through next summer.

A huge effort made by the euro area governments to consolidate their public sector accounts has made the ECB’s job easier and more effective. There is now the possibility to loosen up the fiscal restraint in a number of countries (Germany, the Netherlands and some smaller economies) to support economic growth, even as the ECB begins to withdraw some of its extraordinary accommodation.

And in case of any weakening of external demand, the fiscal and monetary policies in the euro area have enough room to offset that with stronger domestic spending.

The Fed and the ECB have a particular responsibility to keep the American and European economies growing in an environment of stable financial markets. By doing that, they would also make an essential contribution to global prosperity and to the unquestioned preeminence of the Western world order.

Only if they failed to live up to that difficult task, would the current fretting about pervasive sanctions and trade tariffs become a real threat to jobs, incomes and asset values.

The Fed is facing a delicate situation. Rising inflation in an economy pushing against its physical limits to growth will be difficult to control. But tolerating an accelerating inflation is not an option. Properly timed and credible monetary policy restraint is necessary to anchor inflation expectations and tame growing capacity pressures in labor and product markets. Otherwise, a needlessly delayed policy action may have to be much stronger and more damaging to growth and employment.

The ECB is in a much better position. The euro area has a very low core rate of consumer price inflation, virtually balanced budgets, huge trade surpluses and the euro’s strengthening trade-weighted exchange rate. The extraordinary monetary easing is being scaled back, but there is still plenty of virtually free and abundant credit in the system that could be combined with a fiscal stimulus to maintain growth and to respond to any weakening of external demand.