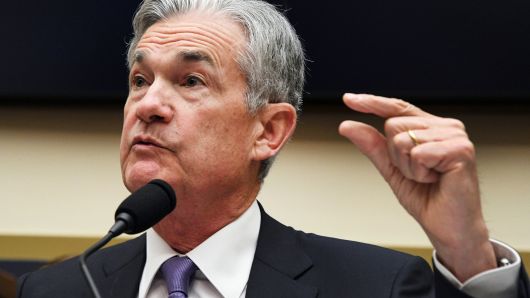 August’s surprise jump in wages could be a sign of more wage growth ahead — good news for workers and a green light for the Fed when it comes to interest rates hikes.

The workforce expanded by 201,000 in August, 10,000 more than expected, but the big surprise in Friday’s report was the 0.4 percent increase in average hourly wages, double what was expected on a monthly basis. Helped by revisions in June and July data, wages grew at a 2.9 percent annual pace last month.

“There is no longer a mystery about why companies are not rewarding their employees after one of the biggest tax cuts in history. Fed policymakers can cross that worry off their list. This economy has moved beyond full employment,” said Chris Rupkey, chief financial economist at MUFG Union Bank.

Treasury yields rose, the dollar gained, and stocks fell as traders bet the solid wage data means the Fed will be more motivated to push up interest rates. The 2-year Treasury yield rose to 2.70 percent, its highest level in 10 years, while the Dow lost as much as 107 points.

The Fed is expected to raise rates at the end of this month and in December, but some market pros have been skeptical about the December hike.

“The market’s pricing in slightly higher odds, but that’s consistent with what you would expect,” said Ian Lyngen, head of U.S. rate strategy at BMO. “My interpretation is the risks to the Fed were to the downside in terms of what they could or could not do. This gives them more than enough space to keep their gradual rate hikes in place. If we got a bad number on wages, there would be mounting evidence that they might want to reassess their tightening ambition.”

Lyngen said fed funds futures showed odds of a December hike at 58 percent, up from 52 percent before the jobs report. Wage growth has been a missing element in the economic recovery and had paralleled sluggish inflation. Now, both are picking up, seemingly ending a quandary for the Fed with core inflation running over its 2 percent target for now.

The unemployment rate remained at 3.9 percent, while economists had expected it to decline by a tenth of a point. While more jobs were added in August than expected, there was a 50,000 downward revision in June and July jobs, bringing the three month average down to 185,000. The participation rate was also disappointing, dropping 0.2 to 62.7 percent, the lowest level in 15 months, possibly due to retiring workers.

“One month does not a trend make,” said Diane Swonk, chief economist at Grant Thornton. “We still have not kept up with overall inflation. It’s still a waiting game in terms of what compensation packages will look like, but they’re improving. You’re starting to get some better quality in here. That’s what you want in an expansion. You want better quality. It’s still a shadow of what we had in the 1990s, … but that’s the trend you want to ride.”

In many ways, the August jobs report does reflect an improved labor market and more confidence on the part of employers — and workers.

“Job Leavers as a percent of unemployed, a measure of those having confidence in leaving their market for greener pastures (aka, higher wages) rose to 14 percent, the highest since October 2000,” wrote Peter Boockvar, chief investment officer at Bleakley Financial.

Another example of an improved labor environment was the fact that 80 percent of the 53,000 professional and business services hires last month were in permanent positions, as opposed to temporary, said Swonk.

Temporary workers “used to make up over half, particularly early on in the expansion. That’s a real shift. … That really is a commitment to benefits,” she said. “It shows a shift to hire up millennials.”

Ward McCarthy, chief financial economist at Jefferies, said the wage growth is probably even better than it looks since wages appear to be statistically depressed by the fact that higher-paid baby boomers are retiring and being replaced by lower paid, younger workers.

He said job growth usually disappoints in August, but this year the jobs report broke a long running trend.

The most August hires were in professional and business services, a category that has grown by 519,000 jobs over the last year. There were 33,000 new health-care jobs and 23,000 construction jobs, but manufacturing showed a surprising loss of 3,000 jobs.