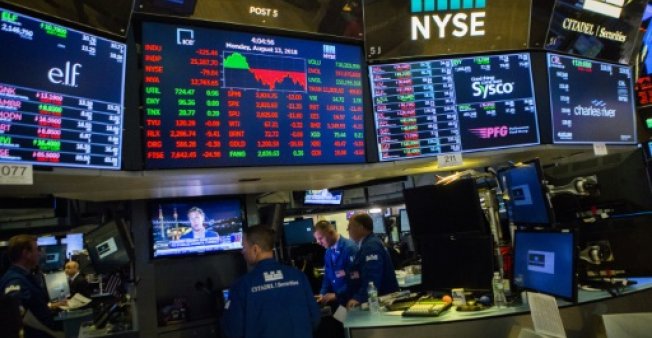 The US financial system 10 years ago was brought down by toxic investments with mysterious acronyms. Today the risks to global economic stability have familiar names: China, emerging market contagion, Brexit and… Donald Trump.

In the years since the 2008 crisis, which caused tens of millions of people to lose their homes, led to hundreds of millions losing their jobs and destroyed trillions of dollars in wealth, the global economy has recovered.

The International Monetary Fund (IMF) projects the global economy will grow by 3.9 percent this year and next, confirmation of the solid worldwide recovery.

But with the United States at the center of multiple trade disputes, the outlook faces challenges.

And the most powerful central bank in the world, the US Federal Reserve, echoed that warning almost word for word: “an escalation in international trade disputes was a potentially consequential downside risk for real activity.”

Since moving into the White House, US President Donald Trump — brandishing his “Make America Great Again” pledge — has upended trading relations, with his attacks that make no distinction between allies and rivals.

One of his main targets has been the North American Free Trade Agreement, the 25-year-old pact with neighbors Canada and Mexico, which he has called a “ripoff” and a “disaster” for the United States.

Trump insisted on renegotiating NAFTA, and then with an agreement practically in hand, his derogatory remarks about Canada — the top US trading partner — last week derailed the talks.

He has attacked the European Union as a competitor, at a time when Brussels is facing the uncertainties of Brexit; and with China, Trump has unleashed multiple waves of punitive tariffs to pressure they to make concessions.

His aggressive campaign against Beijing could enter a new phase this week, with another $200 billion in Chinese goods in the crosshairs.

The effects are beginning to be felt in the world’s second largest economy and if it ratchets up it could have a snowball effect on investment, supply chains and confidence.

When Lehman Brothers was allowed to collapse on September 15, 2008, the scale of the disaster became apparent.

Huge sums were invested in ultra-sophisticated — and opaque — financial instruments based on a lie: “subprime” mortgages that in a long era of very low interest rates allowed many people to purchase homes without regard for their ability to pay.

But when the Fed began raising interest rates in 2004, the house of cards collapsed.

And now after years of interest rates at zero, the Fed again is raising rates. Veterans of the Great Recession are unsure where the next major crisis will erupt.

“To borrow from Tolstoy, every happy market is the same, but every crisis market is different in its own way,” Nicholas Colas of DataTrek Research said.

So where are the warning signs?

The US economy is running on all cylinders with an unemployment rate at a historic low around four percent, no signs of inflation and the stock exchange breaking records.

As a result, “the banking sector is the most regulated sector today after utilities,” said Steve Eisman, one of the financiers who spotted the subprime bubble and profited from it.

But the economy has been recovering for 10 years, and the certainty is that there will be another crisis.

“So I don’t know which will cause the next crisis, but I’m fairly sure it’s not Dutch tulips… and not subprime mortgages,” said Aaron Klein, an expert on regulations at the Brookings Institution.

And political risk expert Ian Bremmer of the Eurasia Group questioned whether today’s global powers would respond as effectively as they did in 2008 or after the 9/11 terrorist attacks.

“There’s more than enough political stability in today’s world to handle the headlines of the day,” Bremmer said. “But as for the next crisis, I’d be less confident.”