Economic Forum Launched for The Sustainable Economic Development of Yemen 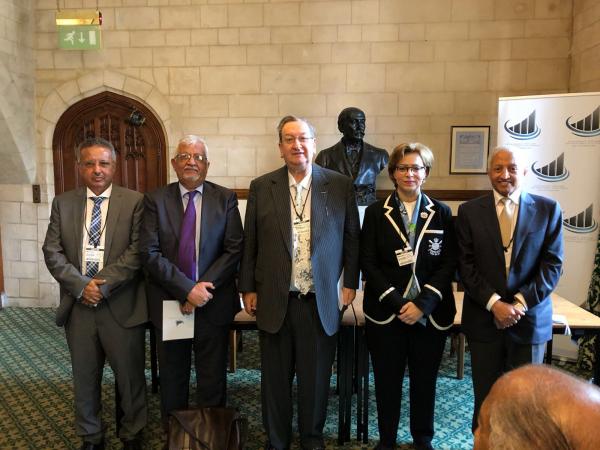 Professor Manahel Thabet, a globally renowned economic figure from Yemen, has taken the lead in calling for an end to hostilities and the launch of economic restoration in Yemen.

Professor Manahel Thabet, globally renowned economic figure from Yemen specializing in financial engineering, has taken the lead in calling for an end to hostilities and the launch of economic restoration in Yemen. This is The First of its Kind, high profile economic forum to be established since the war in Yemen started.

At a session in The Houses of Parliament on Monday September 03, organised by Keith Vaz MP, Chair of the All Party Parliamentary Group on Yemen, and attended by HE The Ambassador of Yemen , Prof Thabet outlined her strategies and plans for restructuring the economy of a once prosperous , but now war ravaged land.

Keith Vaz MP said: “I am delighted to lend my support to the formation of the Economic Forum for Sustainable Development today. I want in particular to thank Manahel Thabet for leading this initiative.”

The Economic Forum for Sustainable Development focuses entirely on Yemen’s economic requirements. By involving independent Yemeni and foreign economists, the forum provides insights on Economic and trade agendas in Yemen. Yemen is burning, and the country’s fragile economy adds to the woes of its war weary people.

Prof Thabet has enlisted the active support of leading businessmen , academics and neutral political figures from the Yemen, all distinguished figures . These visionaries are committed to ending conflict and creating the financial plans and vision for regeneration of a country where the infrastructure has been consistently undermined , public services have been ruthlessly destroyed, while disease and social deprivation have been permitted to rage unchecked. At the heart of this vicious cycle lies the true cause , the erosion of central government control. In a statement from her speech in the parliament Prof Thabet stated “the economic file of Yemen has been forgotten, politics only cannot feed people, we respect the political efforts going on under the UN supervision, but there should be some light shed on the deteriorating economic plight of Yemen and we at the Forum will do our best to highlight the economic aspect of Yemen”.

Immediately prior to the launch of the economic forum for sustainable development initiative in Parliament ,Prof Thabet had been invited to The UN in New York to share her knowledge about global economy and during the same year she visited several Arab countries meeting high profile principals from Arab League, ministers of economy and professional economic and academic figures. Her opinion is that the sparse bread of politics must be substituted by a positive economic vision. This is the only way forward.