Consumer confidence falls in June despite expectations for gains 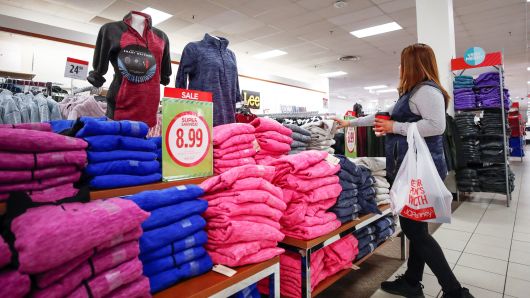 The Confidence Board’s index dropped to 126.4 from a revised 128.8 in May. The index was expected to hit 128.1, according to a survey of Reuters’ economists.

“Consumers’ assessment of present-day conditions was relatively unchanged, suggesting that the level of economic growth remains strong,” said Lynn Franco, Director of Economic Indicators at The Conference Board. “While expectations remain high by historical standards, the modest curtailment in optimism suggests that consumers do not foresee the economy gaining much momentum in the months ahead.”

Sentiment toward labor markets was unchanged with unemployment at an 18-year low of 3.8 percent.

Consumer confidence measures American’s sentiment on current economic conditions and expectations for the next six months, including business and labor market conditions. Since consumer spending accounts for about 70 percent of U.S. economic activity, economists’ pay close attention to the survey.